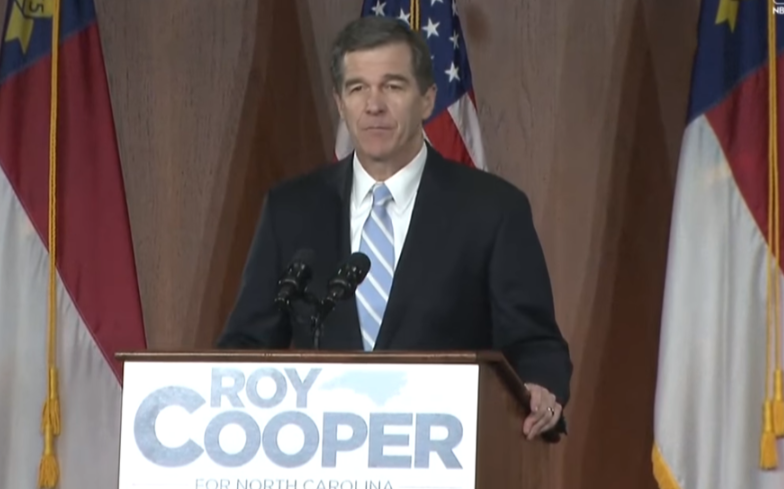 Democratic governor Roy Cooper has signed an executive order that has restricted funding for ‘practitioners’ of so-called gay ‘conversion’ therapy.

Following the order, places carrying out the practice will no longer be entitled to receive taxpayers’ money.

Cooper said: “Conversion therapy has been shown to pose serious health risks, and we should be protecting all of our children, including those who identify as LGBTQ, instead of subjecting them to a dangerous practice.”

Unfortunately, Cooper doesn’t have the power to take any further action unless the state’s legislative houses pass bills against the so-called ‘treatment’. However, this could be unlikely, as both houses are controlled by the Republican Party. However, what has been done has been praised by LGBTQ activists. Alison Scott, from the Campaign for Southern Equality, said: “Governor Cooper’s order will create a safer North Carolina for LGBTQ youth.

“Young LGBTQ people who endure ‘conversion therapy’ are at an immensely higher risk for depression and suicide than those whose identities are affirmed, a primary reason that we must do all we can to end this dangerous pseudoscience.

“As we continue our campaign to end conversion therapy once and for all, we’re looking forward to working across North Carolina to share a message of love and affirmation.

“We have the momentum, and now it’s time to amplify the voices of North Carolinians everywhere who are taking action to protect our youth.”

Others hoped the move would be a turning point for Southern US states to become more accepting of LGBTQ people. JoDee Winterhof, from the Human Rights Campaign, said: “We look forward to working alongside our partners to pass a law – similar to those enacted in 18 other states – that would cover all state-licensed professionals working with minors..

“For North Carolina to be a leader in the South, the governor and the legislature must prioritise full LGBTQ equality.”