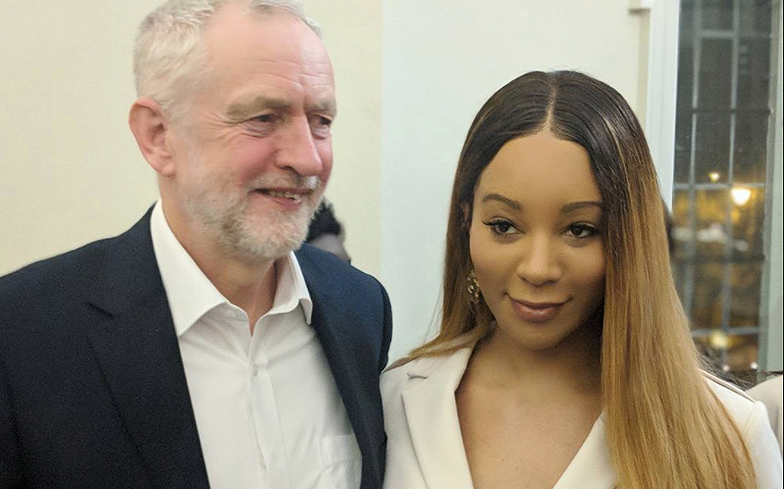 Last week, Shadow Secretary of State for Women and Equalities, Dawn Butler MP, appointed an advisory board to help her understand the continuing challenges that face the LGBTQ community in modern Britain.

Anthony Watson and Linda Riley will work with the Labour party on key issues, and brought together a diverse panel of figures to make sure the “LGBTQ community are properly represented”.

Among those people appointed was trans activist and model, Munroe Bergdorf, who was excited to “help form and push through fairer and more effective policy change.”

However, since her appointment, Munroe has been subjected to “endless attacks” from The Daily Mail, who reported on historic tweets she made back in 2012, and bizarrely linked a picture of her covered in blood as part of a Halloween costume to her quotes about having an interest in voodoo magic.

As the reporting became more aggressive, so did the online backlash, and now Munroe has been forced to step down from her position on the advisory board.

In an Instagram post, she said her comments have been “turned into nasty tabloid fodder, blown out of all proportion.”

Munroe said that she has made the decision with “great sadness,” adding: “This is a decision that I’ve had to make due to endless attacks on my character by the conservative right wing press and relentless online abuse.

“I refuse to be painted as a villain or used as a pawn in the press’ efforts, especially those at the Daily Mail, to discredit the Labour party and push their transphobic rightist agendas.”

She explained that she was part of a panel that involved 20 LGBTQ figures who would help advise on policy that would directly affect the LGBTQ community, and that the position was unpaid.

“I will not allow myself to be centred in this negative narrative but more importantly I don’t want to stand in the way of the board serving as a positive catalyst for change within the UK’s LGBT communities,” she added.

“I refuse to be used as a distraction from the upcoming discussions concerning the Gender Recognition Act and the Conservative party’s lack of action on the Racial Disparities Audit.”

Related: Munroe Bergdorf: “Empowerment and inclusivity are not trends; these are people’s lives and experiences”