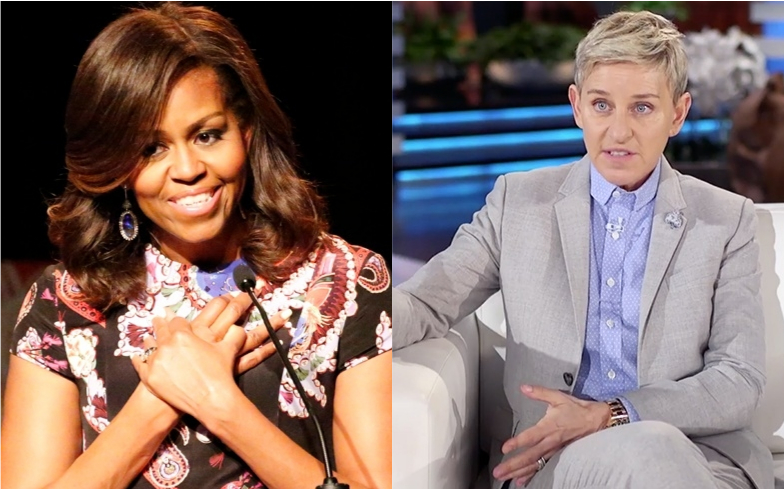 Ellen has heavily criticised for her friendship with the former Republican president.

In October, Ellen DeGeneres faced a backlash after it emerged that she had a friendship with the former Republican president George W. Bush. The criticism stemmed from the anti-gay policies he implemented during his presidency, as well as the invasion of Iraq.

“They need to respect people’s view on life. Except when it’s heresy, and I don’t think George Bush is that kind of guy.”

During an interview with Today, which was conducted by George Bush’s daughter, Jenna Bush Hager, Michelle Obama was asked about her friendships with Ellen and the former US president.

“I had an opportunity to sit by your father at funerals, the highs and the lows, and we shared stories about our kids and about our parents,” Michelle explained.

“I think that’s true for all of us — it’s just that we get lost in our fear of what’s different.”