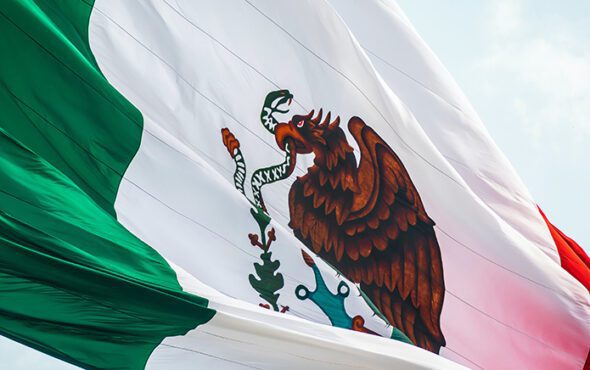 When a stranger’s car pulled up outside Jazz Bustamente’s beauty salon, the Mexican LGBTQ+ rights activist thought little of it. But when the man produced photos of her family and told her she had 24 hours to leave town, she immediately knew what he meant.

Fearing that she and her relatives were about to be attacked, Bustamente abandoned her home and business – the latest victim of intimidation and violence meted out against hundreds of human rights defenders and journalists in Mexico.

The threat – which she believes was related to an article that she published about violence against LGBTQ+ people – has turned her world upside down.

“Until a few days ago, my life was advising on cases of hate crimes,” said the 30-year-old transgender woman, co-founder of the LGBTQ+ rights collective Soy Humano, who fled the eastern town of Veracruz last month and is now in hiding.

“Now I’m trying to lie low … my business of 10 years was gone from one day to the next.”

Though Mexico has made progress on LGBTQ+ issues, with half of its states recognizing gay marriage, two trans women elected to Congress, and its top court allowing trans people to change their gender identity on official documents.

But access to such rights is uneven and dozens of gay and trans people are killed in hate crimes each year, as prejudice remains widespread in the mostly Catholic country where religious groups often oppose LGBTQ+ rights.

“The murders in our country are more and more atrocious and we’ve normalized the violence,” said Bustamente, who often wrote about LGBTQ+ issues in the local media, helped LGBTQ+ Mexicans navigate legal quagmires and pressed for legislative change.

“Why aren’t we out in the streets, like in Pride marches, demanding justice?”

For many, the price of activism in Mexico is too high, with 43 journalists and 68 human rights defenders murdered since December 2018, according to the interior ministry.

Threats and aggression come from organized crime, government officials and other individuals whose economic interests or public image are affected by human rights work – with the line between the three sometimes blurry.

Some of the victims were killed despite being part of a government mechanism meant to protect them after threats.

Bustamente said it was not safe to remain in Mexico and she was taking time to reflect while continuing to work virtually.

“The fact is Mexico can’t keep me safe, and I have to go,” said Bustamente, who had been lobbying for a nationwide ban on so-called conversion therapy, which aims to change a person’s sexual orientation or gender identity.

“We have to keep doing a lot of social work, in public policy to punish conversion therapy, to punish hate crimes …(but) I need to take some time, I have to be ok,” she said.