Massachusetts ranked the best US state for LGBTQ-inclusive businesses 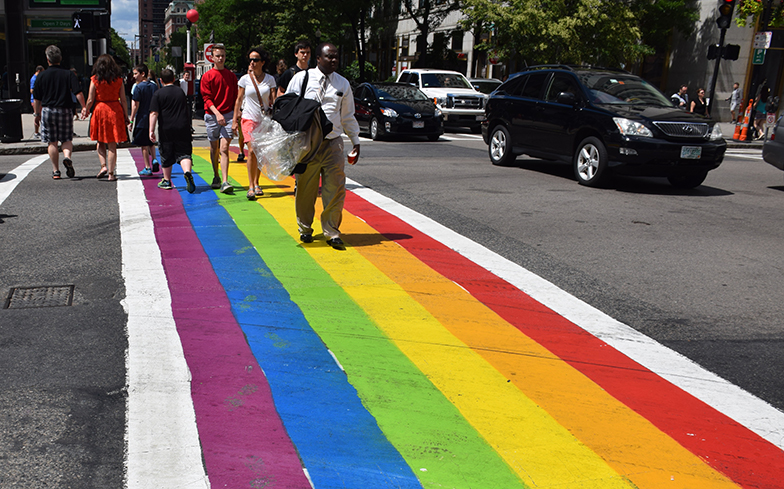 The state beat out others with good LGBTQ equality like California.

A report carried out by the LGBT+ Business Climate Index has named Massachusetts as the best US state for LGBTQ-inclusive business.

The states were ranked on five separate categories, which were each split into four different sub-categories. These five categories were legal and nondiscrimination protections, youth and family support, political and religious attitudes, health access and safety, and work environment and employment.

The states were then scored out of 100, and Massachusetts topped the leaderboard with a score of 90/100. It was followed in the top ten by California, Connecticut, Vermont, Rhode Island, Oregon, Hawaii / New York, New Mexico and Minnesota / Washington.

The states at the bottom of this board were West Virginia, Louisiana, Arkansas, Alabama, Texas, Tennessee, Oklahoma, South Dakota, South Carolina and Mississippi.

Speaking about why the research was carried out, Todd Sears, the founder and principal of Out Leadership wrote: “Out Leadership’s new LGBT+ Business Climate Index for the 50 United States is an assessment of states’performance on LGBT+ inclusion.

“It goes beyond an assessment of legal frameworks to measure the impact government policies and prevalent attitudes have on the LGBT+ people residing in each state, quantifying the economic imperatives for inclusion and the costs of discrimination.

“It incorporates 20 carefully selected and nuanced markers asssessing LGBT+ people’s lived experiences – such as their performance in the labor market compared to their non-LGBT+ peers, their comparative levels of food insecurity, their access to health care, and the efforts they must make in order to properly represent themselves in official documentation.

Sears wrote against states that introduced anti-LGBTQ legislation, saying: “Societal marginalization of LGBT+ people – which can often be subtle and hard to measure – has real and serious economic costs.

“But discrimination doesn’t need to be headline news to be harmful, or to create real economic hardship for LGBT+ people. The Out Leadership LGBT+ Business Climate Index combines verifiable data on LGBT+ people’s lived experiences with economic data to help business leaders and policymakers understand the costs created by policies that create minority stress.

“Our index suggests that a similar relationship exists on a state policy level, and that states that aim to make LGBT+ people more welcome and included legally and culturally will experience significant rewards for doing so, particularly in terms of residents’ well-being and productivity.

“This Index, and the associated state-level CEO Business Briefs, provide both a comparative and a categorical assessment of states’ performance on LGBT+ inclusion.

“We hope they will equip business leaders and policymakers with a clear sense of the most impactful steps states can take to make themselves more hospitable to forward-thinking, innovative, inclusive businesses, and help drive equality forward.”