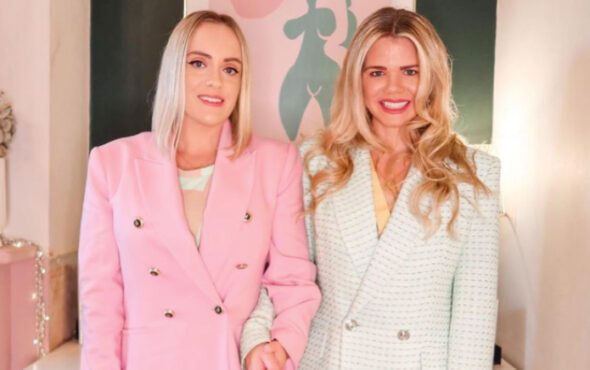 A married lesbian couple has launched a monumental discrimination case against the NHS fertility branch over their so-called “gay tax.”

According to a report from The Guardian, Megan Bacon-Evans and her wife Whitney have accused their local fertility branch (CCG Frimley) of discrimination due to their sexuality.

The influencer couple, who has over 200,000 followers across their social media channels, filed a petition last November requesting equal treatment after reading about the restrictive rules.

Under the current IVF guidelines, same-sex couples and single women are required to pay for 12 intrauterine inseminations to “prove” medical infertility.

These tests can potentially cost £30,000 or more before the remaining fees are covered by the NHS.

These requirements significantly differ from that of heterosexual couples – who are only asked to conceive for two years.

Since starting their IVF journey, the two spent £8,000 on the expensive tests and sperm donation.

On Monday (8 November), the couple’s legal representation Leigh Day will be applying for a judicial review on their behalf.

The move has also been backed by Stonewall UK and the British Pregnancy Advisory Service (BPAS).

Eloise Stonborough, associate director of policy and research at Stonewall, opened up about the potential legal matter in a statement.

“Whitney and Megan’s case highlights the human impact of restricting access to NHS-funded fertility services, and we are proud to support their fight to make sure that no one is excluded from the right to form a family,” she said.

Marta Jansa Perez, the director of Embryology at BPAS Fertility, echoed similar sentiments to Stonborough and applauded the couple for sharing their “personal struggle”.

“These restrictions amount to a tax on LGBT+ families, and the impact can be truly devastating,” Perez said.

“The need for reform is urgent. We are proud to stand with Whitney and Megan in their fight for fertility equality, and we applaud their courage for publicly sharing such a personal struggle.”

If the judicial review is accepted the case can be heard as soon as January 2022.

Alongside the judicial review, Megan and Whitney have created a £10,000 fundraiser to help pay for their legal fees.

“We’re doing this for every LGBT+ couple who had to give up on their hopes and dreams of creating a family,” they told The Guardian.

“It’s time for discrimination to end and for there to be equal treatment with heterosexual couples in the healthcare system.”