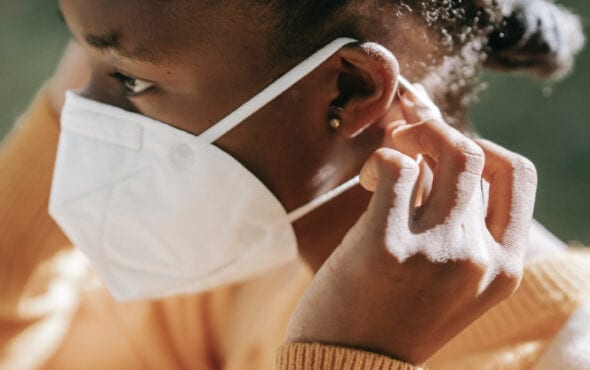 According to a new survey from Just Like Us, LGBTQ+ youth are twice as likely to feel lonely and worry about their mental health on a daily basis during the pandemic than their non-LGBTQ+ peers.

The charity surveyed 2,934 secondary school students – 1,140 of whom identified as LGBTQ+ – across 375 institutions as part of a larger report into inclusive education and the experiences of young queer pupils.

The independent study discovered that 55% of LGBTQ+ students from the ages of 11 to 18 are worried about their mental health daily, as opposed to the 26% figure from their non-LGBTQ+ peers.

Alarmingly, seven in 10 LGBTQ+ youth said their mental health has deteriorated since the pandemic began, with five out of 10 non-LGBTQ+ students feeling the same.

One in four LGBTQ+ secondary school pupils and a third of young trans people admitted to daily tensions in their current residence, while half said they’ve received zero positive messaging at their school for being a member of the LGBTQ+ community.

The latter suggests that the Ofsted requirements of preventing homophobic, biphobic and transphobic bullying in schools isn’t being applied.

Matthew, a pansexual pupil from Coventry who has been going into school during lockdown, said: “It has been a really scary time for everyone. I definitely feel less motivated and it’s very quiet.

“I also have had some panic attacks and am worried about being forgotten. If you don’t have a home life where people are accepting of being LGBT+, you need it to be accepted at school so you know it’s OK.”

Dominic Arnall, the Chief Executive of Just Like Us, called for schools to better support their LGBTQ+ students during this time. “This is the biggest risk to the mental health of LGBT+ young people since Section 28. The pandemic has been a difficult period for everyone, but our research clearly demonstrates the impact of coronavirus and lockdown has not fallen equally,” he said in a statement.

“We cannot afford for progress made in LGBT+ education over the past 10 years to be swept aside during coronavirus. LGBT+ young people living with families who are unaccepting or unaware of their children’s identities in lockdown need to know there are teachers they can turn to.”

Arnall stressed the importance of supporting queer pupils and for schools to let them know that it’s “okay to be themselves” after citing the rise in LGBTQ+ homelessness since the pandemic began.

“When you continuously de-prioritize LGBT+ inclusion, you’re repeatedly telling LGBT+ young people that they don’t exist, don’t matter, there’s something wrong with them, and no one is there to look out for them,” he continued.

“It’s important the pressures of this time are not passed on to schools who are already overburdened with work. Sign up to School Diversity Week at www.justlikeus.org and we will ensure you have everything you need to support your pupils.

“At Just Like Us our role to support schools in sending positive messages to LGBT+ young people during this difficult time. We have free, LGBT+ inclusive resources available for all schools, all they need to do is sign up for School Diversity Week, or get in touch and talk to us.”

Schools can now sign up to take part in School Diversity week – for free – here.