Kamala Harris appoints Karine Jean-Pierre as her Chief of Staff 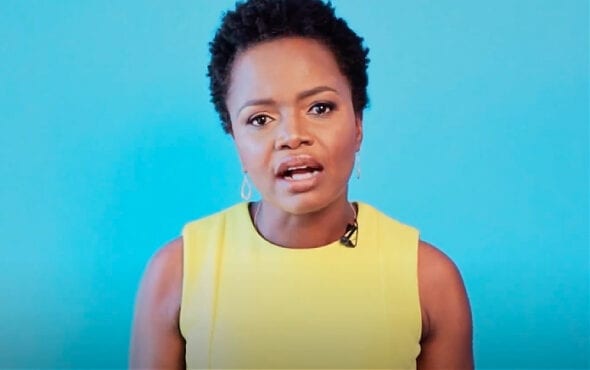 Now, in one of her first appointments in her new role, Harris has announced Karine Jean-Pierre as her Chief of Staff.

Karine is a commentator, academician, and compelling politician who happens to identify as a queer woman, giving the potential future administration some much-needed LGBTQ+ representation at the top level.

“Karine is a talented and fiercely intelligent individual who has worked to advance progressive values, candidates, and policies throughout her entire career,” MoveOn Executive Director Rahna Epting wrote in an email to the Bay Area Reporter.

The 43-year-old Haiti-born Karine Jean Pierre has been holding renowned positions in both Democratic and progressive organisations for more than a decade. In 2011, she served as a regional director for President Barack Obama’s 2012 reelection campaign. Additionally, she is also a lecturer in political campaign management at Columbia University.

“Her appointment as chief of staff to our next vice president during this campaign is a testament to her level of skill and dedication. MoveOn members are proud of Karine and confident that she will make the Biden and Harris campaign to be the best it can be,” added Rahna Epting.

Karine Jean-Pierre’s role as Chief of Staff for the biggest Trump competitor opens a new window full of hope for young generations living in marginalised communities fighting for job equality and freedom.

In her memoir, Moving Forward: A Story of Hope, Hard Work, and the Promise of America, published by Hanover Square Press last year, Jean-Pierre talked about her life in suburban Washington D.C.

In an interview, the B.A.R. in San Francisco where she was promoting the book, she said she wrote it to raise awareness on how people can “access politics, no matter what their economic status, age, education or background.”

She concluded by looking back on her life as a first-generation Haitian American and encouraged the audience stating that if she could break through the many barriers she faced going into politics, others could too.

“Getting involved in politics can be intimidating,” she said. “But in today’s political climate, the need for all of us to participate has never been more crucial.”