Jussie Smollett found guilty of staging hate crime against himself 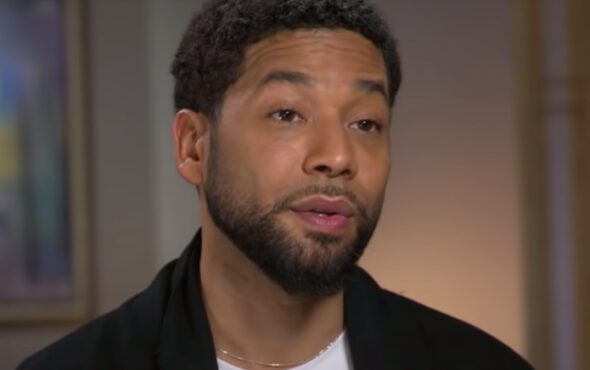 A jury found Jussie Smollett guilty of lying to police about being the victim of a homophobic and racist hate crime in January 2019.

Earlier this week, the actor stood by claims that he was attacked – with prosecutors saying he “lied for hours” as he repeated the story he told Chicago police.

On 9 December, he was convicted by a jury of six men and six women of five of the six felony disorderly conduct charges he faced after a nearly two-week-long trial.

In court, he stuck with his claim that the alleged attackers shouted a Trump slogan and tied a noose around his neck.

Prosecutors accused the 39-year-old of faking the incident to help his career after being “dissatisfied with his salary” on Empire where he was reportedly making $100,000 per episode.

The fallout of the alleged hate crime hoax resulted in him being written out of the show and a massive police investigation that included around two dozen officers and 3,000 staff hours.

The trial, which began in November 2021, saw two brothers, Abimbola and Olabinjo Osundairo, claim that the Cro star paid them $3,500 (£2,600) to carry out a fake attack on him – something which Smollett firmly rejected.

Instead, he claimed that the cheque was for a meal and workout plan for when he was away travelling.

The actor told jurors: “There was no hoax.”

He also explained that one of the people attacking him was “massive” and wearing a ski mask to disguise their identity.

Due to the alleged use of a racial slur, Smollett said he assumed the man was white.

Jury deliberations lasted for nine hours and Smollett did not react as their verdict was read out in the Cook County Circuit Court.

Each count carries a penalty of up to three years in prison, though it is expected he will face a shortened sentence or probation due to a lack of previous convictions.

A sentencing date has not yet been scheduled.