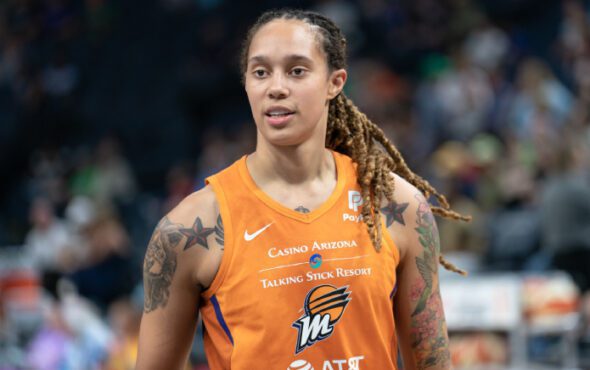 In February, queer WNBA star Brittney Griner was detained in Russia after authorities found cannabis oil in her luggage.

On Wednesday (27 July), state secretary Antony Blinken said the White House has struck a deal with the Kremlin to secure her release.

“There was a substantial proposal on the table weeks ago to facilitate their release. Our governments have communicated repeatedly and directly on that proposal,” Blinken said.

“And I’ll use the conversation to follow up personally and I hope, move us toward a resolution.”

At a state department news conference, Blinken said that in the coming days he will grill his Russian counterpart, foreign minister Sergei Lavrov, for a response to the offer.

The deal would also see the release of Paul Whelan, a former US Marine who has been detained in Russia since 2018 on espionage charges.

In 2020, he was sentenced to 16 years in prison but has denied accusations that he was spying, claiming that he was set up in a sting operation.

Washington sources told CNN that the pair would be exchanged for Bout, who is currently serving 25 years in federal prison for conspiring to sell weapons to people who intended to kill Americans.

The deal has been rumoured for months with Russian state-owned news service Tass claiming that Washington was in talks with Moscow to sort out the prisoner exchange deal.

The news comes as Biden faces mounting pressure to free Griner after the US government classified her as wrongfully detained in May.

Just hours before reports of the deal emerged, Griner made her first testimony in her slow-moving case, recalling how she arrived at Sheremetyevo International Airport after an exhausting 13-hour flight only to be arrested.

Griner was given a brief translation of the accusations levelled against her by a translator. Court proceedings went on for 16 hours before Griner’s lawyer came to her assistance.

In a statement, her legal team said: “Brittney sets an example of being brave. She decided to take full responsibility for her actions as she knows she is a role model for many people.”