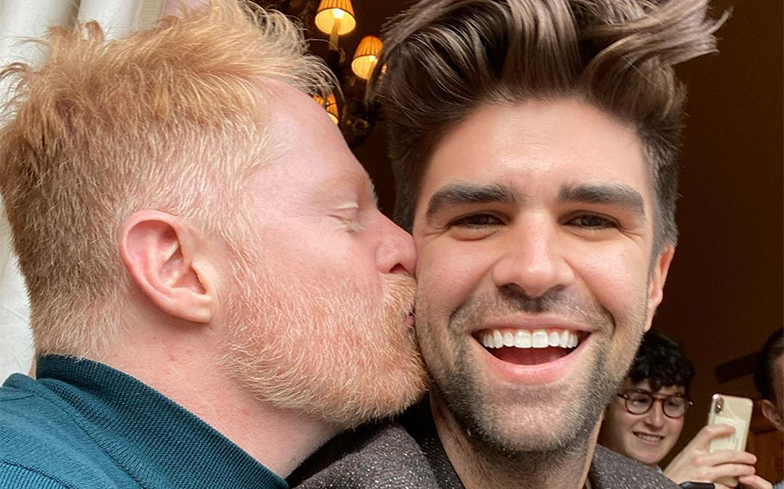 Jesse Tyler Ferguson and Justin Mikita are having a baby!

The star of Modern Family was appearing on The Late Late Show with James Corden when he made the announcement that he and his husband Justin are expecting their first child.

Asked how it felt to be in his 40s, Jesse said: “It’s when you finally become an adult, I feel. Like, I need to start getting serious about things. Actually, this is something I haven’t mentioned to anyone, but I’m expecting a baby in July with my husband.

Show host James Corden couldn’t contain his excitement, saying: “Oh my god, you are going to make the best parents, the two of you really are. Congrats, that’s so exciting!”

Asked whether he was having a boy or a girl, Jesse replied: “A human!”

Jesse and Justin announced their engagement in 2012 and married in New York City in 2013, with playwright Tony Kushner officiating the wedding.

Watch the stars gush over Jesse’s news below.