Jeremy Clarkson: “I’m not homophobic, I enjoy watching lesbians on the internet” 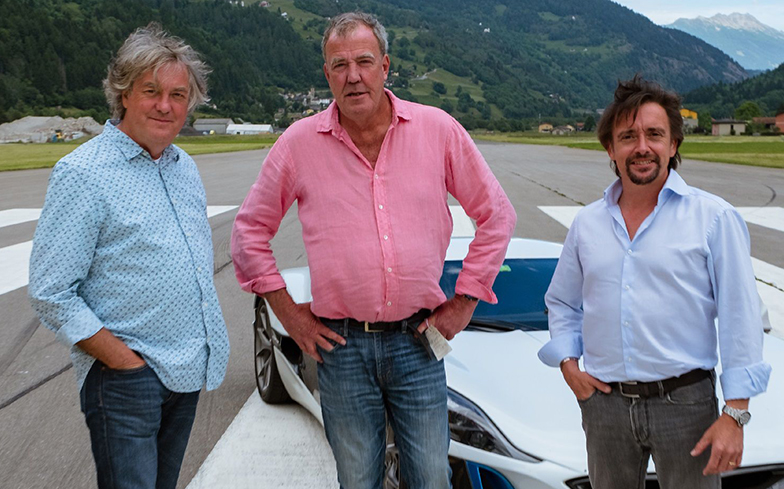 Jeremy Clarkson has responded to accusations of homophobia.

Last week, singer-songwriter Will Young hit out at Clarkson, Richard Hammond and James May for “repulsive homophobia” and encouraging stereotypes of gay men on their Amazon Prime car show The Grand Tour.

In the second episode of the show’s third season, May suggested that Jeep Wranglers are “very popular with the gay community” and Hammond later suggested that Clarkson wear “some nice chaps” to go with the car.

Elsewhere in the episode, Clarkson mocked the LGBT initialism, saying: “What is it, lesbian, bacon, transgender?”

Gay men . I DON’T drive a Wrangler Jeep. I DON’T wear pink shirts . I DON’T wear arseless chaps. You can be honest and funny without this ridiculous ‘lad’ ooh being gay and let’s laugh about it mentality . It’s repulsive and how DARE you do it and put it out @PrimeVideo

Responding to accusations of homophobia in his column for The Sun, Clarkson apologised to Young “for causing him some upset” and denied that he was anti-gay because he “enjoy[s] watching lesbians on the internet”.

“Many gay people who’d seen the show said they couldn’t see a problem. None of my leftie friends could either. One even said I should tell him to stop being so gay. I won’t do that though,” he wrote.

“And nor will I suggest, once again, that mobile phones should be fitted with breathalysers to stop people drinking and tweeting.

“No. Instead, I will apologise to Will for causing him some upset and reassure him that I know I’m not homophobic as I very much enjoy watching lesbians on the internet.”

Meanwhile, pro driver Abbie Eaton defended the show and its hosts by uploading a photo of herself kissing her girlfriend with the caption: “It’s so homophobic they’ve even got a gay as their driver.”

It’s certainly not the first time The Grand Tour hosts have caused controversy with questionable comments. In 2017, Hammond faced backlash after suggesting that only gay men eat ice cream.