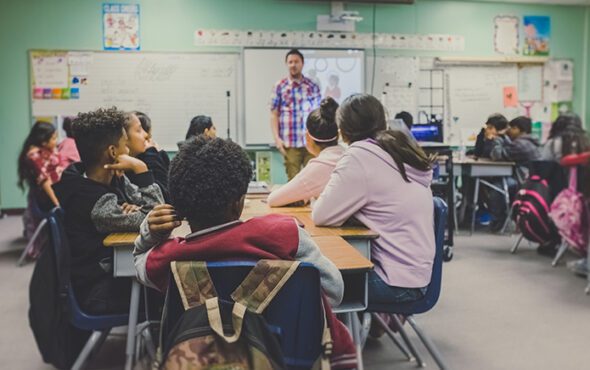 The online teaching material, which has now been removed, asked pupils to discuss an array of statements to determine whether or not they agreed with them.

It was designed for social, personal and health education (SPHE) lessons for first, second and third-year secondary school students.

According to the Irish Times, the statements said: “all gays are HIV positive”, “boys who don’t play sport are gay”, “you can change from being a homosexual”, “girls who don’t wear make-up are lesbian”, and “homosexuals shouldn’t be allowed to marry”.

The teaching booklet remained online until just four months ago after initially being written in the late 1990s.

The National LGBT Federation called the statements “disturbing” and questioned how it was “ever considered appropriate”.

Concerns over the material were initially raised in April 2021 by a school guidance counsellor when they reached out to Fine Gael MP Jennifer Carroll MacNeill.

“Following receipt of this communication, in June 2021 steps were taken by the Professional Development Service for Teachers (PDST) to remove the resources from the website sphe.ie,” a spokesperson for the department said.

“However, a technical caching issue meant that instances of the resources were still accessible through web searches after that date. This technical issue has now been resolved,” they added.

MacNeill said the resources were “homophobic” and “deeply wrong,” adding that they were “not in any sense neutral statements”.

She added that this incident showed the need to “dramatically update” the curriculum to an “objective, inclusive, education programme”.