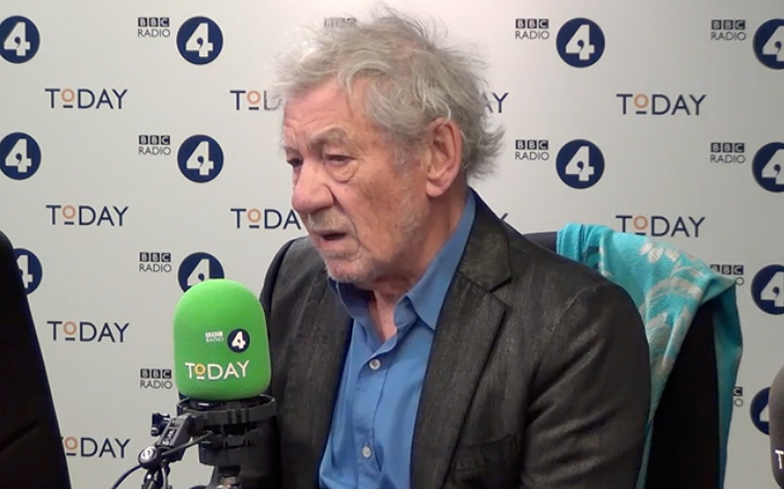 Sir Ian McKellen has called Kevin Spacey “distasteful” for remaining in the closet.

The legendary actor and gay icon, who played Gandalf in Lord Of The Rings and Magneto in the X-Men series, was asked on BBC Radio 4’s Today programme whether Spacey should act again following accusations of sexual assault levelled against him.

“I wouldn’t like to comment on that [Spacey] case because there have been many accusations but they’ve not really been gone into or understood.”

He continued: “The one thing I would say about Mr Spacey is that he was a gay man and he was pretending not to be.

“I always thought it a bit distasteful that such a person could come to our country – where the National Theatre at the time was being run by a gay man, and the Royal Shakespeare by another – that we should have a closeted gay man at the centre of British theatre.”

McKellen, who came out as gay in 1988 and has continued to fight for LGBTQ rights throughout his career, worked alongside former House Of Cards star Spacey during his time as artistic director at the Old Vic theatre in London.

When asked whether he disapproved of Spacey coming out as gay at the same time the accusations of sexual assault hit the press, Ian added: “Well, you get into problems, don’t you? If you lie, if you pretend.” McKellen recently declared that he’d rather be remembered for his activism than his acting career.

“I do a lot of theatre, and theatre is just for now, it’s just for today,” he explained to the Hollywood Reporter. “Tonight you know, it’s over, it’s finished, it’s not recorded. Now cinema is quite different, film is eternal as you are.

“But I do notice, don’t you, that when you look at old films the actors may look young but their acting is rather old-fashioned.

“In other words there are fashions in acting, and with very few exceptions ones work actually looks worse and worse as the years go by.”

He continued: “I’m very proud of my small contributions to changing the law in this country and changing attitudes, all for the better.

“I suppose in the scheme of things that is more important and has more merit and [will be] longer lasting than any acting that I have done. But that is more for other people to judge, isn’t it?”

Last year, Ian revealed the heartbreaking reason he turned down the role of Dumbledore in the Harry Potter series after the death of Richard Harris, who played the headteacher in the first two movies.