HIV diagnoses are falling in the UK, but this is no time for complacency 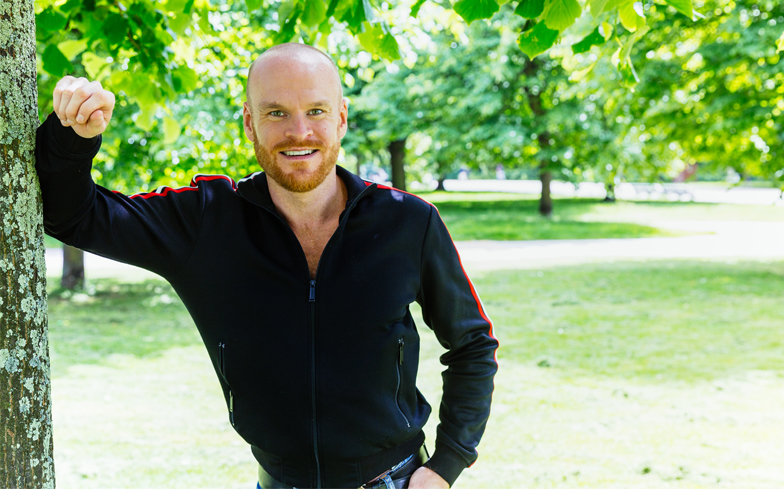 I left the STI clinic through the same glass panelled doors I had entered less than an hour ago. I pressed my palm against the varnished frame of the door, feeling its weight pushing back against me. It felt warmer in the corridor outside. The floor was laminated and the space was dimly lit by circular wall fittings, one of which was broken.

A large window, inset with tinted glass, was positioned opposite me. My shoes brushed the laminate as I walked over to the window and gripped its black enamel hand rail. The metal was unexpectedly warm beneath my fingers. I looked at the outside world. There was no one on the pavement in front of the building. I’m HIV positive. HIV! What, this couldn’t be happening to me? How would I cope with being HIV positive? What would this mean for my life on a day-to-day basis?

National HIV Testing Week runs from 17 to the 23 November. I was diagnosed with HIV in January 2010. I was 24-years-old at the time. I had tested negative for all sexually transmitted infections (STIs) the previous year, in the spring of 2009.

Across the UK, HIV diagnoses are falling. In 2015, there were 6095 HIV diagnoses in the UK. In 2016, HIV diagnoses dropped to 5280 and then, in 2017, HIV diagnoses fell again, this time to 4363. This represents a decrease of 28 per cent and, for gay and bisexual men, this trend was even more marked, at 31 per cent. We are fortunate to live in a country where HIV diagnoses are declining so dramatically and this is, sadly, not the case in other countries. Globally, in 2016 and 2017, new HIV infections remained static, at around 1.8 million annually.

So what is the UK doing right? Firstly, patients are accessing treatment sooner. Once an HIV positive person is on treatment, with an undetectable viral load, they cannot pass the virus on. It is only over the last few years that we have grasped the full power of the “Undetectable equals Untransmittable” (U=U) messaging, not just for tackling HIV transmissions, but also for shattering the pervasive stigma associated with HIV. Secondly, Pre-Exposure Prophylaxis (PrEP) has been a game changer. PrEP is a pill, which can be taken daily or on demand, by an HIV negative person, which prevents the transmission of HIV. Gay and bisexual men in the UK are particularly well informed about PrEP. It is for this reason that the clinic which first provided statistics demonstrating a sharp decline in HIV diagnoses in the UK, at the end of 2016, was 56 Dean Street, in the heart of Soho and at the heart of the LGBTQ community.

Thirdly, we have seen increased testing for HIV in the UK. In the context of PrEP, this has seen those most at risk and taking the prophylactic, accessing frequent testing and monitoring for all STIs at their local clinic. More broadly, there has been increased testing amongst all groups, not just gay and bisexual men living in urban areas.

But this is no time for complacency. Whilst we have seen falling HIV transmissions in the UK, around one in eight people living with HIV in the UK remain undiagnosed. Gay and bi men made up over a half of new diagnoses in 2017. Approximately a third of gay and bi men who are diagnosed are also still being diagnosed late. This means that HIV could already have damaged their immune system.

My HIV diagnosis was at first difficult to deal with, but I can expect a normal lifespan and my HIV medication has no side effects. Crucially, because my HIV was diagnosed early on, in my case within six months of transmission, my immune system shows no sign of having been impacted by the virus.

If you are a gay or bisexual man in the UK it is recommended that you get an HIV test once a year, or every three months if you’re having unprotected sex with new or casual partners. I would advise anyone who has had one or more casual partners in the last year to have a full STI screen, which are available at a range of locations.

Testing is simple, quick and free. It can even be done in the comfort of your own home, with HIV self testing kits. HIV self-testing kits are available, free of charge, from the Terrence Higgins Trust, who also have a lot of other information about HIV on their website, as well as a helpline. From now until January, you can also order a free HIV postal test kit from It Starts With Me.

It did take a few years for me to fully gain acceptance around my HIV diagnosis, but I can now say that I am happy, healthy and HIV positive. My message to you, this National HIV Testing Week is, as always, to get testing. Testing means that you are conscientious about your sexual health and is something to be proud of.