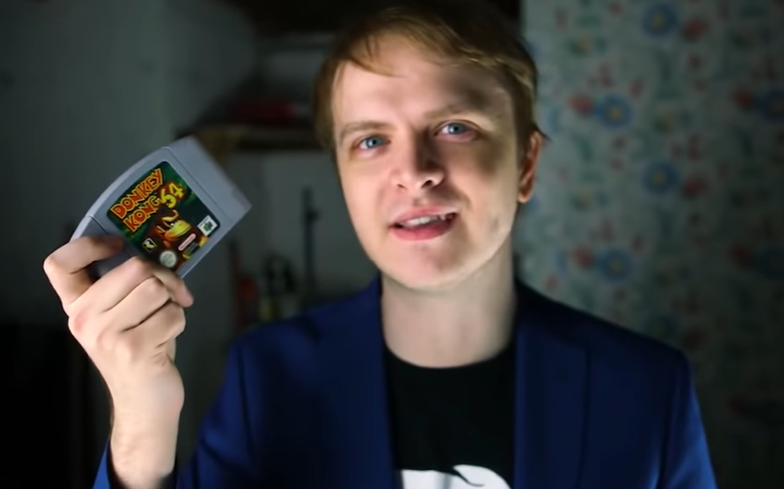 Hbomberguy started the livestream after anti-trans activists successfully lobbied for the National Lottery to put funds for Mermaids under review.

YouTuber and gamer Hbomberguy has raised over $100,000 for the transgender charity Mermaids. Mermaids has been targeted by anti-trans activists, some of whom put pressure on the National Lottery to put funds it allocated for the charity under review.

Explaining why he chose to make the gesture, Hbomerguy explained: “I chose to support this charity because as a person living in Britain, I find the media discussions surrounding this issue in my country, especially in its tabloids, to be woefully misinformed.

“And I’d like to do my bit to help support the people who do the hard work of contributing to people’s thinking on an important issue.

“I chose Mermaids in specific because when they were designated some funding by the National Lottery, Graham Linehan, a comedy writer who did some work on a good show 20 years ago [Father Ted], who happens to be a very normal man who’s just very angry about trans people all day nowadays, went on Mumsnet and told them to email a lady from the National Lottery en masse and now the funding is under review.”

Mermaids had confirmed that were going to use the National Lottery funds to open up 45 additional contact points around the country, these contact points were to serve as catch up spaces for people accessing their services.

Hbomberguy then slammed Linehan for his anti-trans campaign, saying: “So well done Graham, you have a massive audience and the power to choose to fight for progress in all the many forms we need in the world right now, and you used it to make sure some children won’t have access to helpful resources.”

Mermaids kept announcements going all throughout yesterday, informing everyone about the progress that Hbomberguy was making.

We’ve just woken up to see that @hbomberguy has been playing Donkey Kong all night to raise money for Mermaids and is still playing!

As a thank you, we’re going to give Hbomb and his top 10 amazing donators a Mermaids goody box 🎁🧜🏻‍♀️

We can’t believe it!!!@Hbomberguy has just raised $100,000 for Mermaids by playing Donkey Kong from start to finish live online….🎉🎉🎉

And Hbomerguy received plenty of other support online as well.

Wow. I took a 6 hour nap and suddenly @Hbomberguy close to reaching 150K for @Mermaids_Gender ??? Holy. Shit. #thanksgraham, I actually REALLY hope shooting yourself in the foot by being an unbearable white knighting bully for faux feminist hate mongers hurts like hell

I drew this yesterday when @Hbomberguy had just passed $15k on his stream, I was unbelievably thankful then but now he’s at over $100k and I’m absolutely floored. After all of the abhorrent media coverage of trans kids lately I forgot how many people do support us #ThanksGraham pic.twitter.com/UNdjhwL7IG

It's even better than that. Because the 500k was apparently planned to be given across 5 years.

So in 35 hours and counting he's managed to replace the first year.