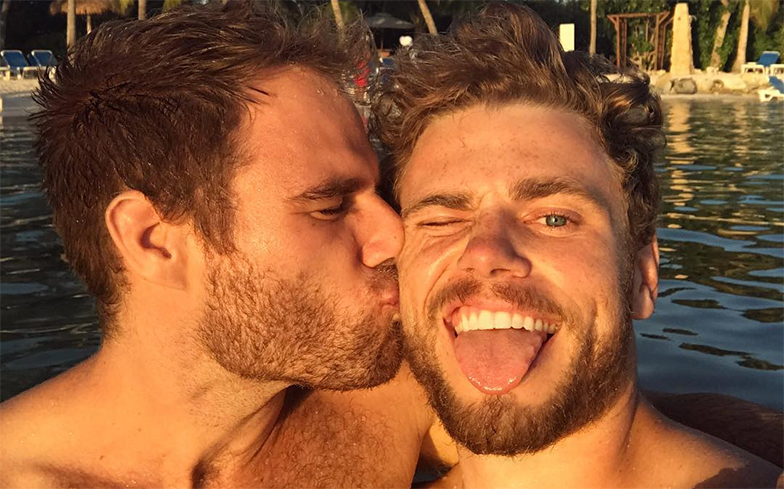 Gus Kenworthy has opened up about his former life in the closet.

The Olympic-medal-winning freestyle skier made headlines when he came out back in October 2015, and ahead of his return to the Winter Olympics in Pyeongchang, South Korea this month, he’s looking back on his journey.

“Dating in the closet is torture,” he said in a new interview with The Advocate.

“It’s one of the most difficult things, especially if you are completely closeted. And I was, so I had no one to talk to if something in the relationship was bothering me or if I needed to vent.”

Gus also explained how life on the slopes has changed for him since coming out, recalling how other athletes would make homophobic remarks around him without knowing he was gay.

“When I started to see my first boyfriend, some of the guys in the industry gave us shit, because suddenly we were hanging out all the time,” he said.

“But there was this one skier who would say really fucked up shit, really rude comments. Actually, it was just bullying.”

After he came out to the world, Gus says he received a phone call from the homophobic skier: “He was all choked up and said, ‘I’m sorry, I didn’t know all that time, and if I ever did, I wouldn’t have said anything’. It made me cry.”

Gus is now in a relationship with Gayby actor Matthew Wilkas, and hopes that his openness about his sexuality and love life will inspire a future generation of athletes to be true to themselves.

“I hope that any gay kids see me as a beacon of light, not just in sport but in general,” he added.

“You can be gay and be proud of that and not have to worry about being unsuccessful or unaccepted. I did come out in an industry that could have been really not accepting, and I was at the top of my game, and it was a positive thing.”