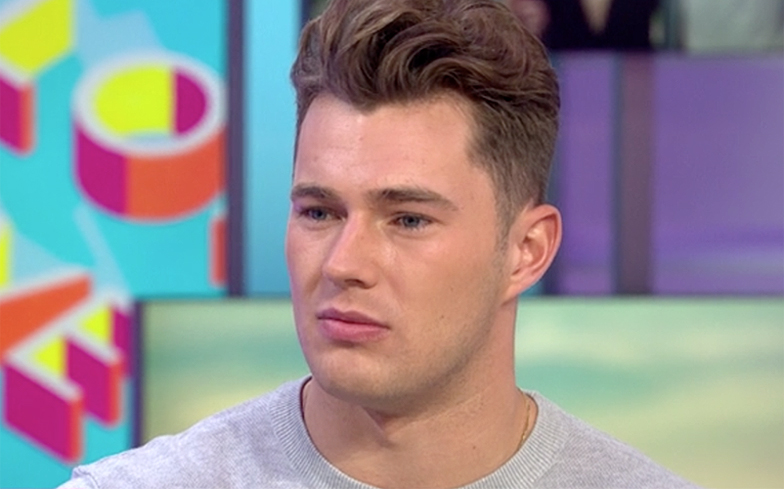 “This was a toe curling, cringing interview.”

Good Morning Britain viewers have criticised the show for forcing Curtis Pritchard to label his sexuality.

Earlier this week, the Love Island star said he “wouldn’t rule out” a same-sex relationship, saying: “You can never put a label on anything. It’s a cliche to say, but love is blind. I can never ever say what will happen in the future.”

During his appearance on the morning chat show (8 August), hosts Kate Garraway and Adil Ray raised his previous comments, and despite Curtis reiterating that he doesn’t want to label his sexuality, they continued to prod him.

“The future’s a road which is unwritten,” he said. “Nobody can ever say what’s going to happen in the future, really. Last year, would I have ever said I’d be on Love Island? No, and this year I was on Love Island.

“So, I never want to label what the future’s going to be, because I don’t think anyone can ever really do that. So, all I want to say is I’m 100% comfortable where I am now in my relationship with Maura [Higgins], and it is moving in the correct direction.”

Garraway also asked why he didn’t address his sexuality during his time on Love Island and whether Maura is “concerned” with the fact that he’s open to a relationship with a man in the future. He said they’re “both comfortable” with it.

‘I never want to label what the future is going to be because I don’t think anyone can really ever do that.’#LoveIsland's Curtis Pritchard addresses rumours about his sexuality. pic.twitter.com/RsAPJxo6sY

Viewers slammed the hosts for their intrusive questions, with one writing: “Let this guy live his life, if he’s bisexual or ever gets with another male then so what? It’s 2019 things like this should be widely accepted.”

Another said: “This was a toe curling, cringing interview and I would have thought Kate Garraway and Adil Ray would have conducted theirselves more professionally.”

Curtis, however, was praised for how he handled the situation, with one viewer tweeting: “Disgraceful interviewing. I love GMB, but to badger someone constantly about whether they are gay or not is not professional. He handled it perfectly.”

very uncomfortable to watch , the interviewing and interrogating was awkward to watch @CurtisPritchard handled himself very well and very true you should'nt feel you have to label things nowadays ~be yourself for everyone else is taken~

Why are they making such an issue of it. He answered the question quite clearly the first time so why keep asking him the same thing. No one cares anyway it's his own business

Why is this even news?? Why does he need to justify this on television.. leave the man alone.. it’s his business not the whole worlds

This was a toe curling, cringing interview and I would have thought @kategarraway and @adilray would have conducted theirselves more professionally. Shameful and totally unnecessary!

Disgraceful interviewing. I love GMB, but to badger someone constantly about whether they are gay or not is not professional. If he is then so what? He handled it perfectly. @CurtisPritchard

Why were both presenters pushing Curtis to find out whether he’s bi or not…. none of anyone’s business….

Awful interview bordering on harassment. They kept at him but he kept his cool. 👏👏👏👏

Most uncomfortable watch @GMB !Should be ashamed of urselves😠 not his biggest fan but thought @CurtisPritchard handled himself very well