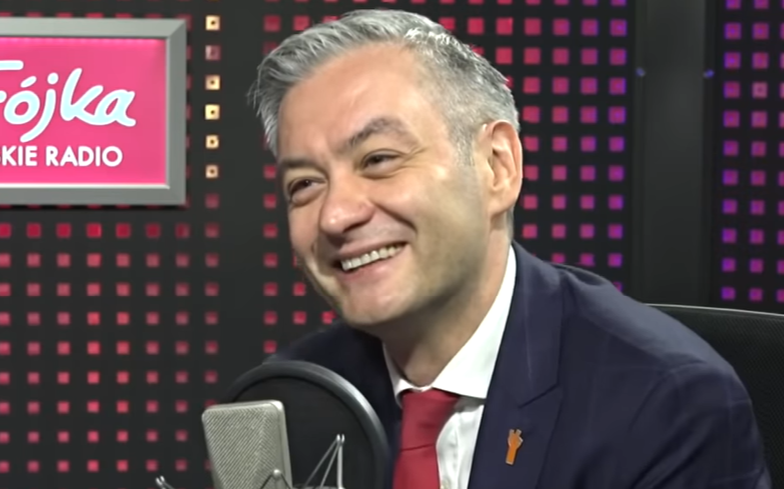 Poland’s first openly gay MP and Mayor, Robert Biedron, has confronted the Polish government over a lack of LGBTQ rights. Standing outside places of power with supporters of his party, Biedron said: “Today, we took part in the painting of the rainbow in front of the deputies’ officess! We are strongly opposed to the current narrative of the ruling camp towards LGBT people.”

In a post outside the palace in Warsaw, he wrote: “The constitution applies to all citizens. We are different, but equally important.” In this post, Biedron highlighted five demands to improve the lives of LGBTQ people living in Poland.

Biedron’s demands are the introduction of civil partnerships, a guarantee to introduce same-sex marriage, protections against hate speech targeted toward the LGBTQ community with perpetrators being punished under the law, an LGBTQ-inclusive education system and a gender recognition act.

Most of the party activists are younger people, who have taken to drawing rainbows on pavements along with the slogan #PodarujTeczeNaWiosne, which translates as “Give Spring a Rainbow.”

However, Biedron’s demands are likely to fall on deaf ears as Poland’s ruling Law and Justice Party is seeking to target LGBTQ rights in its election campaign.

Its main target is new LGBTQ-inclusive lessons for schools that are due to take place in Warsaw. Critics of the lessons see them as an infringement on traditional Catholic values and Western liberalism.

The chairman of the Law and Justice Party, Jaroslaw Kaczynski, told NBC News: “The whole social mechanism of preparing a young person, first a child and then a youth, for future roles as women and men, to start a family, for the role of mother and father, is being questioned. It could be destroyed.”