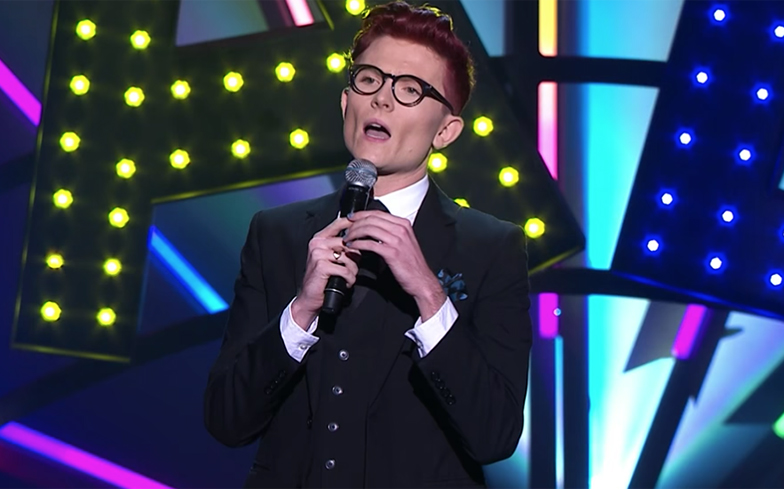 Rhys Nicholson has revealed he faced homophobic abuse on a train in Melbourne.

The Australian comedian wrote on Facebook that he was on his way to a local gig when a group of four people singled him out with verbal abuse over his sexuality.

“Fun story. Last night someone told me they wanted to kill me,” he wrote.

“I was sitting on a train into a gig with my headphones on when four people (three twenty somethings and an older guy) got on. They were regular looking well dressed people except one of the young guys had a neck tattoo of a rose. Let a thousand blossoms bloom I guess.

“When ol’ rose neck saw me he loudly said ‘You can always spot a faggot on Melbourne hey’. I looked up and rolled my eyes. He continued ‘It’s looking at me. If it keeps looking at me, something’s going to happen [to] it’.

“I looked down. He seemed a little more serious than they usually are. He paced up and down the carriage for a few minutes and said directly at me ‘If there was no one here I’d bash you. Bash you to death’.

“This type of fun went on for about 10 minutes. As they got off the older guy announced that ‘The yes vote was allowing schools to teach young boys how to have sex with men’. Again, they were well dressed regular looking people.
“I’m fine. That’s the problem. This shit is still so common that it barely phased me. It should phase me.”

Rhys went on to criticise Australia’s Prime Minister Malcolm Turnbull, who pushed for a public vote on marriage equality last year which gave homophobes a platform to voice their hate – an especially damaging prospect for young LGBTQ people.

“I don’t blame Malcolm Turnbull for these people existing. I blame he and his government for giving them a voice. Thank you Malcolm for leading these horses to water,” he said.

“I should mention I wasn’t the only one abused and an amazing woman with glasses on a chain told them to shut up. People are good.”