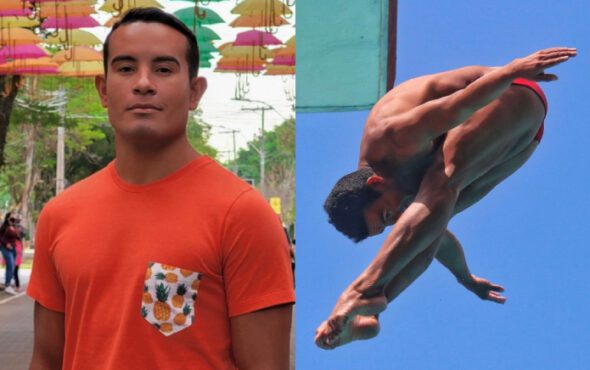 Brazilian Olympic diver Ian Matos has tragically passed away at the age of 32.

According to a report from The Sun, the Brazilian athlete was initially admitted to the hospital to treat a throat infection two months ago.

As time went on the infection spread to his lungs and stomach – which worsened his condition this past Wednesday (22 December).

Shortly after Matos death was announced, Brazil’s Olympic Committee gave their condolences in an emotive statement.

“We are profoundly saddened to have received the news of the premature death of the Olympic diver Ian Matos, aged just 32,” they said.

“Team Brazil acknowledges his contribution to the evolution of the discipline. Our sincere condolences to his family and friends.”

During his sports career, Matos competed in the 2010 South American Games – where he won three bronze medals.

He also participated in the 2016 Rio Olympics as part of the men’s synchronised three-metre springboard team.

The decision was inspired by British diver Tom Daley, who came out a year prior in an emotional video.

In an interview with Outsports, the talented diver gave further insight into when he realised he identified as part of the LGBTQ+ community.

“From a young age, I knew I was gay, but it was here that I got to live my sexuality,” he explained.

He went on to say that he was encouraged to hold off coming out till after the 2016 games due to the possible negative reaction.

Even though he lost a few sponsors at the time, Matos expressed excitement at the fact that he could live freely.

Since 2014, LGBTQ+ representation at the Olympics has significantly grown.

The 2020 Tokyo Olympics proved to be a game-changer for queer representation, with over 180 openly LGBTQ+ athletes.

According to a report from Openly/Thomson Reuters Foundation, if Team LGBTQ+ competed in this year’s coveted games as a country they would have ranked in seventh place – in front of the Netherlands and behind Australia.