Garbage singer Shirley Manson identifies with the “idea of non-binary” 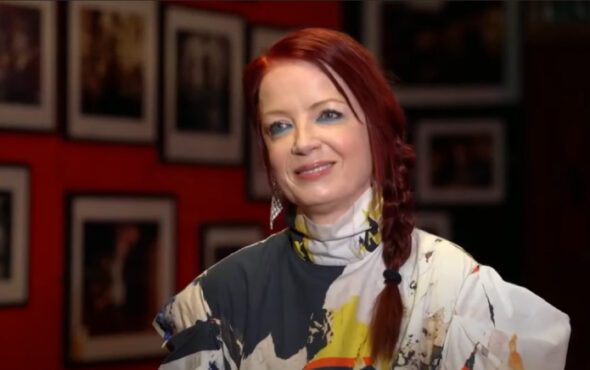 Shirley Manson, the lead singer of the iconic rock band Garbage, has shared that she identifies with the “idea of non-binary”.

Manson, whose style and defiant attitude have often been at the forefront of her career, has previously released music about gender during her time with Garbage.

Perhaps most notably is the band’s 2001 song, Androgyny, which Manson previously described as a “third-sex manifesto” for gender expression.

“Boys, boys in the girl’s room, girls, girls in the men’s room, you free your mind in your androgyny,” she sings on the song.

In an interview with The Scotsman, Manson has now shared that she has “always really identified with this idea of non-binary.”

She adds: “Being a woman who has got a lot of male traits, I’ve always really identified with this idea of non-binary.

“Because, as I’ve often quipped over the years, I’ve definitely got bigger balls than my band.

“So the idea of identifying within the spectrum of gender has always made sense to me.”

The Only Happy When It Rains singer did not share any change to the use of ‘she/her’ pronouns when referring to her.

Manson says that she faced an intense amount of scrutiny for being “outspoken” in the male-dominated music industry as the band gained worldwide fame in the 1990s and early 2000s.

“When I came out in the 90s I was one of a few women in music that was very outspoken,” she shares.

She goes on: “Now it seems to me, which I very welcome, that almost every single pop star and rock star is awake.

“They are speaking out and they are unafraid to use their voice and their platform, so I think that in itself is a change.

“It’s exciting and it can only continue.”

The 55-year-old is hopeful that future generations will not have to endure what she did as a woman in music.

“I don’t think young generations of musicians will put up the same kind of shit that we all did,” Manson continues.

“The way I was spoken about in the press was astounding.

“I managed to weather it all. But at the time it was really unpleasant.”

According to Forbes, Garbage had sold over 17 million albums worldwide as of 2019.

Their seventh studio album, No Gods No Masters, was released on 11 June 2021.