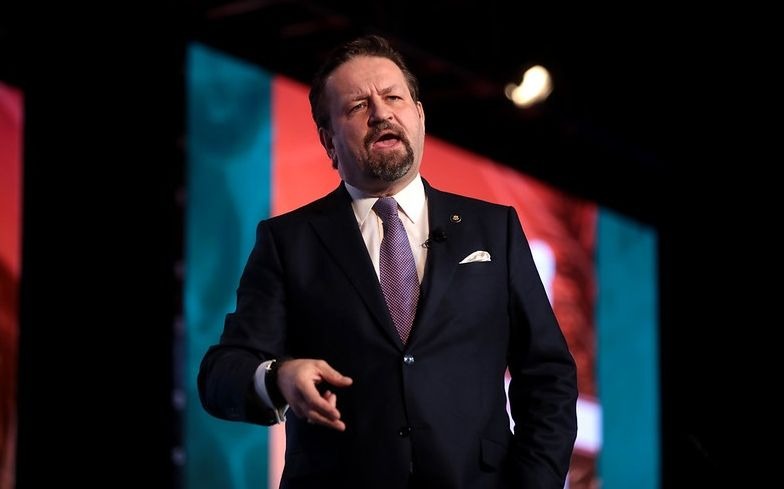 He seems to have missed the fact the Star Wars universe has already featured LGBTQ characters.

Former Tr*mp adviser Sebastian Gorka has freaked out over the possibility of LGBTQ characters featuring in the final Star Wars film, The Rise of Skywalker.

Although a romance between Finn and Poe Dameron was ruled out, Star Wars director JJ Abrams hinted that there might be other LGBTQ characters within the film.

“In the case of the LGBTQ community, it was important to me that people who got to see this movie feel that they’re being represented in the film,” he teased.

This small bit of hinting drew the ire of Sebastian Gorka who took to the airwaves on his Salem Radio network show to complain. “And they’re going to destroy Star Wars as well, we have the statement from J.J. Abrams that Star Wars is going to go LGBTQ,” he seethed.

“Well, you know, if you couldn’t destroy the franchise already, let’s destroy it a little bit more.”

Despite JJ Abrams only teasing a character, Gorka decided that this character would be trans, irritating him even more. “The last installment of the Star Wars saga would include a member from the trans — is it trans? Let’s just say the alphabet soup community,” he complained.

Star Wars isn’t the only franchise that he took aim at, finding issue with the fact that the new James Bond film has a woman of colour playing an agent with the 007 moniker, after Bond retired at the end of Spectre.

“A black, female 007, give me a break,” he said. “When will Hollywood stop pandering to the SJW crowd? That’s the question.”

And in other Tr*mp news, last month the administration made announcements to make it harder for LGBTQ couples to adopt, as they gave the right for adoption agencies to refuse LGBTQ couples if it went against their religious beliefs.