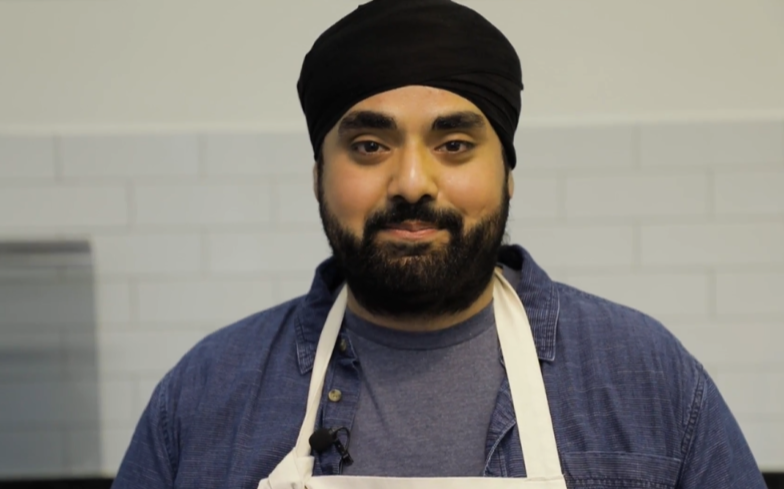 The letter told him his sexuality was offending Sikhs.

Back in 2016, Bake Off contestant Rav Bansal spiced up our lives, quite literally, as he demonstrated a wide variety of flavours on the popular baking show.

Rav recently discussed his sexuality on BBC Sunday Morning Live, saying he’d come out to supportive parents the previous month and wanted to help other South Asians with their sexuality. And despite being met with widespread support, not everyone shared in his joy.

Posting on Twitter, Rav shared a letter he had gotten from a Sikh who was “disappointed” at him bravely living his life. Part of the letter read: “I feel as though you are promoting a false image of being a person who can follow the religion, yet you promote a perverse lifestyle as if it is something you should be proud of.

“This is something you should have kept to yourself. Sikhism explicitly says that lustful behaviour is prohibited and the fact that you went public with this concerns me immensely.

“I have two young children and I don’t want them being exposed to this kind of inappropriate material. You are a public person and have a responsibility to behave in a way that won’t cause offense to people who may have looked up to you.

“I say that because I am deeply offended, as a Sikh myself, that you were so inconsiderate of the implication this would have on the wider community, which is why I was obliged to reach out.

“Very rarely do us Sikhs see ourselves represented on the TV and many of us were so excited to see you excel in such a way. I feel as though you have thrown that all away by being gay.”

Although some Sikhs oppose homosexuality, it should be noted that the holy scripture for the religion, the Guru Granth Sahib, makes no reference to any form of sexuality and teaches that people should harbour no hate or animosity toward another person. However, some interpretations of the Sikh Rehat Maryada note how it emphasises a family lifestyle, which some believe can only be done by a heterosexual couple.

However, Rav was defiant in his response to the homophobic letter. Posting online, he said: “When I decided to come out publicly I expected to be faced with some negativity.

“For the most part I have been able to ignore it, but this letter cut me a bit deeper. Annoyingly, it upset me more than I should have allowed it to. Religion should never be used to justify hate.”

He added: “To whoever wrote this, I hope one-day YOU will find clarity, for your children’s sake. Your word will only make me louder and stronger.”

In a later tweet, the Bake Off star added: “Hey beautiful people. Just to let you know, I am absolutely fine. All of the love and positivity that has come my way over the last day has been immense. Thank you all so much. Hate will never win!”

Related: Jiwandeep Kohli: ‘Our shared identities can help us lift each other up’