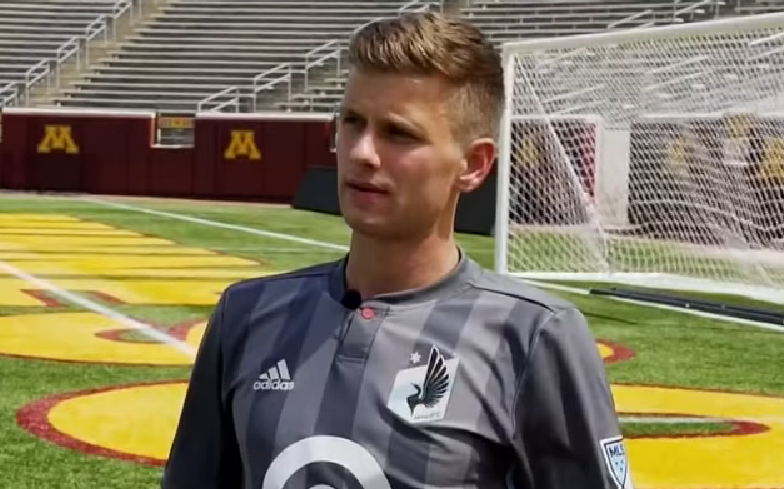 Professional footballer Collin Martin has publicly come out as gay. Martin, who plays midfield for Minnesota United made the announcement on social media ahead of his team’s Pride night.

Writing on Twitter, Martin said: “Tonight my team, @MNUFC, is having their Pride night. It’s an important night for me — I’ll be announcing that I am an openly gay player in Major League Soccer. #soccerforall”

He further said in the message: “I have been out as a gay man for many years to my family and friends, and this includes my teammates.

“I have received only kindness and acceptance from everyone in Major League Soccer and that has made the decision to come out publicly that much easier.

“As we celebrate Pride night, I want to thank my teammates for their unconditional support for who I am. In light of my experience as a professional athlete, I want to take this moment to encourage others who play sports professionally or otherwise to have confidence that sport will welcome them wholeheartedly.

Martin also posted a picture of himself draped in a Pride flag alongside the message.

Tonight my team, @MNUFC , is having their Pride night. It's an important night for me — I'll be announcing that I am an openly gay player in Major League Soccer. #soccerforall pic.twitter.com/cOJQXfrBiv

With his announcement, Martin is currently the only openly gay football player playing professionally. In 2013, Robbie Rogers came out as gay after being released from Leeds United. He went on to play for LA Galaxy until he retired last year.