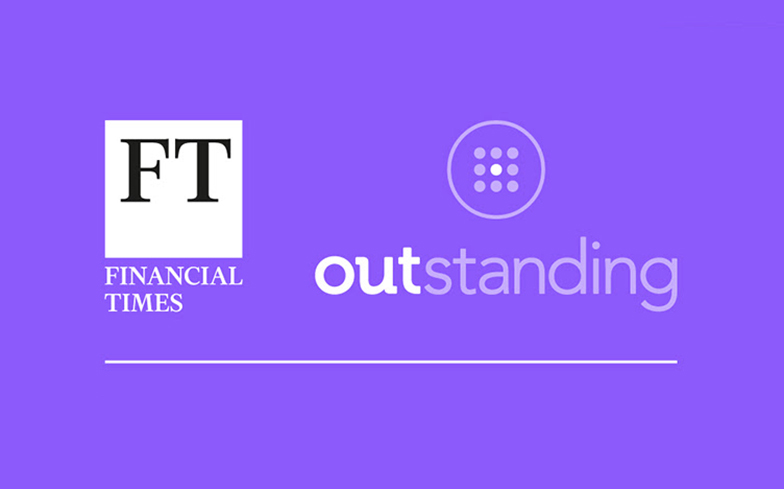 The Financial Times have commented on Pips Bunce’s omission from their 2018 OUTstanding List.

The list published on OUTstanding’s website features Pips Bunce at number 34. Pips is Director at Credit Suisse, co-lead of the company’s LGBT* and Ally Program, and an active member of the LGBT* and Ally Network’s steering committee. Pips describes themselves as a “proud father and husband” and says their identity is “gender-fluid, non-binary and trans”.

However, on the version of the list published by the Financial Times, Pips is absent.

Gay Times reached out to the Financial Times for comment, who said: “Our list celebrates 100 LGBT+ leaders who help create inclusive workplaces. Pips Bunce was excluded because of a derogatory comment about women.”

In response to the Financial Times’ omission of Pips, OUTstanding’s parent company INvolve have issued the following statement to Gay Times, claiming that the change was made without their consent and without any consultation with the judges who curated the list.

“While we respect the FT’s right to editorial control within their publication, they have made this change to the listing without the agreement of INvolve, the owner of the lists, or consultation with the board of judges who decided on this year’s placements,” they said.

“The FT’s decision to remove Pips Bunce was due to a tweet Pips posted in September. In the tweet she thanked people for supporting her during the tirade of online abuse which followed her inclusion in this year’s FT & HERoes Champions of Women in Business list.

“Pips Bunce was included in this year’s OUTstanding list by our judging panel for extensive work undertaken over the past year championing for LGBT+ inclusion in business. Against the weight of this great work, we reject the idea that this single deleted tweet is in itself justification for her complete removal from our OUTstanding list; especially without any due process or right to reply.”

The now-deleted tweet in question saw Pips call out those who were sending abusive messages following their appearance on the Champions of Women in Business List, which was presented by HERoes and the Financial Times earlier this year.

“Our view is that Pips fully deserved her position on both lists and we believe her response to a torrent of online abuse was understandable in the circumstances. We are disappointed with the decision of the Financial Times to omit her from their version of the list,” INvolve continued.

“In the UK and across the rest of the world, many of those who are trans, non-binary or gender fluid face misunderstanding, discrimination and mental or physical abuse – at work and within our wider society. While this remains the case, we firmly believe it is essential that we speak up for trans inclusion and that voices from across the wide spectrum of the LGBT+ community are represented and heard. It is for this reason that we produced our first OUTstanding Top 50 LGBT+ Executives in 2013, and is the reason why we will continue to hold strong to our values as we continue to produce our lists into the future.

“As this is the case, we are left with no other option but to review our partnership with the Financial Times for our future lists.”