Fifty years since Stonewall: It’s time for a new revolution 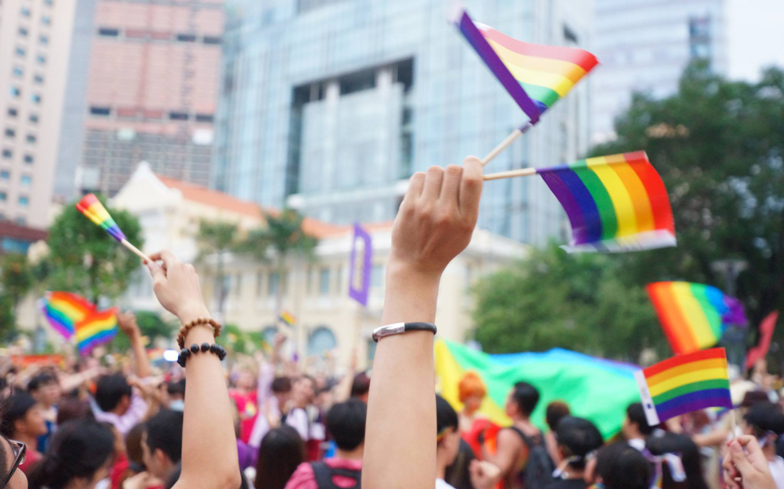 Fifty years ago a group of activists stood together and decided they had had enough. Enough of being abused, discriminated against and treated like animals. That iconic moment was part of a series of events that changed the future of the LGBTQ community forever, the Pride movement was born.

It’s certainly been an eventful fifty years, with some incredible highs and devastating lows. We’ve seen numerous countries decriminalise the LGBTQ community, same-sex marriage is now legal in over 30 countries, fostering and adoption, landmark court victories, visibility, representation and so much more to be grateful for. The Pride movement has touched every continent and continues to grow, for that I am forever thankful.

Sadly, the persecution of our community still happens all over the world. Hate crimes have increased in some of the most diverse countries, trans women are being murdered at a devastating rate in America, and gay men are being arrested and tortured in countries like Chechnya and Azerbaijan. These are just a few examples of what’s going on, I can’t imagine what else happening in the 71 countries that criminalise and openly persecute LGBTQ people.

We’ve made a huge amount of progress over the years, but our fight is far from over, and part of that fight is from within.

I worry about my own community.

I worry because it feels like every time I go on social media there’s another explosion of disagreements. It’s not just online, I know many people who’ve had unnecessary negative experiences in the LGBTQ community, I have myself and it can feel like a playground. Far too many people don’t feel accepted or comfortable in our own spaces and that needs to change.

Sometimes it feels like too much energy is wasted on petty squabbles, and not enough goes into actually working together. Our community should be a safe space and organisations have a moral duty to facilitate a fair and equal environment, but that doesn’t always happen.

Some of these issues exist because as a collective we face many different struggles. It’s not always easy to fully comprehend other people’s experiences and that’s ok, but because of that we need to listen more, promote healthy discussions and communicate.

Marsha P. Johnson didn’t throw that brick for us to be treating our fellow kind like second class citizens. We all need to put aside the petty squabbles and focus on what’s important. It’s time to reignite that Stonewall spirit and unite. Our community is filled with so many bright and talented individuals, imagine what we could achieve if we worked together more.

If Marsha was here today I imagine she’d have a few more bricks to throw.

We all have a part to play.

If you’re not happy with something, try and do something about it. I’m not saying we all need to become activists and campaigners overnight, but we all have the ability to help create, encourage and sustain positive change, we just need to find our own way.

Attend panel discussions, open meetings and public forums. Get involved and have your say.

You can donate to specific issues through charities, fundraise or volunteer at local organisations. Why not team up with some like minded people and raise awareness in your own style.

When possible try to support LGBTQ artists, organisations, charities, venues and media. As consumers we have power and the pink pound is strong. Supporting home grown talent and innovation helps our own economy grow and sustain itself.

Hopes for the future.

We’ve made so much progress over the last fifty years, but we have so much more to do.

So embrace your inner Harvey Milk, Alan Turing and Audre Lorde. Speak up, support and defend each others rights. Be the kind of person you needed when you was a kid. The Stonewall Riots are a shining example of what we can achieve when we work together.

Until every member of the global LGBTQ community is free to be themselves without fear of persecution, our fight continues. No one gets left behind.