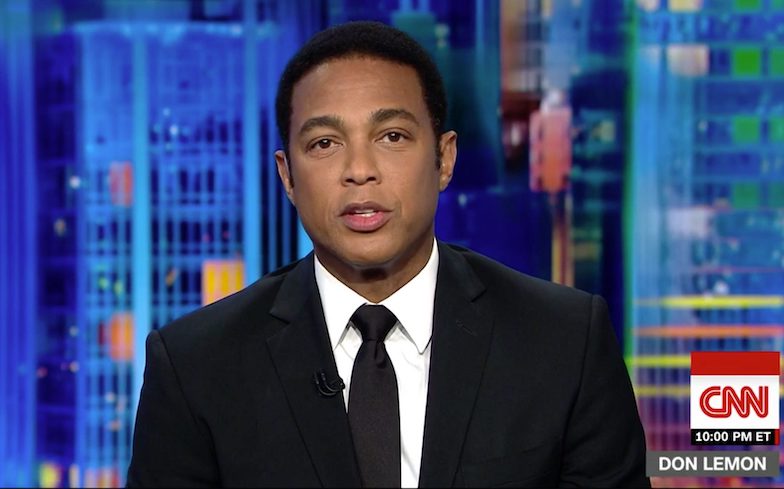 Don Lemon wants celebrities to stop ‘sitting in their mansions’ and to help in the fight for racial equality.

In a CNN broadcast, the journalist criticised the “Hollywood elite” for staying silent on the protests and demonstrations that have erupted in the US following the murder of George Floyd at the hands of a white officer.

Criticising President Donald Trump’s leadership, Don asks in the video: “When did we cease to be a country, a group of people who wanted to at least live together in spite of the differences? Because of our differences?

“We were supposed to figure out this experiment a long time ago. Our country was started because of the Boston Tea Party; rioting, so do not get it twisted and think this is something that has never happened before.

“This is how this country started. But we thought that we had at leats figured it out and got beyond that, where we could live together in some sort of democracy. But this is not democracy – this is anarchy.”

Don then called out “wealthy celebrities” and “wealthy political people” who refused to come onto the show and talk him to because they thought it would “hurt” their businesses or ruin their “reputation”.

“Stop making excuses. What are you worried about? If you have made gazillions of dollars and you are rich and you are established, why are you afraid of what someone else is gonna think about you and your anger?

“Beyoncé released a message – you can’t? You can’t step up and talk about the injustices?”

Don specifically named stars such as Oprah, Ellen DeGeneres, Tyler Perry, Drake and Kim Kardashian as people who haven’t stepped up, and while he acknowledged the importance of donations, he pushed for more action.

“Visibility is extremely important because young people need to see people who have made it so that they can understand that they have made it, too, and they can know publicly, that you have their backs,” he added.

As of 2 June 2020, over 5,600 protestors have been arrested in the United States while many others have been hospitalised due to excessive force from authorities, such as the use of tear gas and rubber bullets.

Social media has also been flooded with anti-racism movements from the Black community and allies.

For ways to help, visit here or the links below.