Crispin Blunt: ‘COVID-19 is a threat to all minority groups and we must be alert to it’ 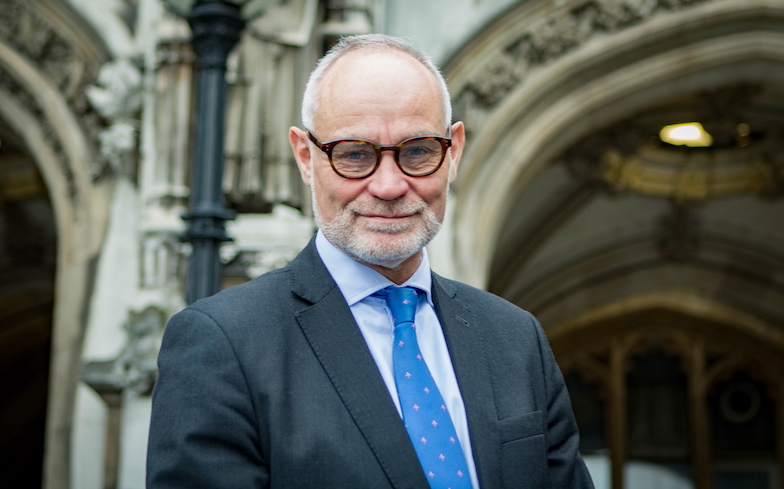 To mark Pride Month I have interviewed Peter Tatchell, Juno Dawson and Sanjay Sood-Smith – and am now excited to conclude these interviews by speaking to Crispin Blunt, the MP for Reigate who heads the Parliamentary APPG on Global LGBT+ Rights.

Crispin has had a long and distinguished career in politics, first entering Parliament in 1997. Crispin did not come out until 2010, but what is inspiring about Crispin’s story is the way he has emphatically embraced the LGTBQ+ rights cause.

Crispin is someone who always behaves with great authenticity. He is also witty, articulate and persuasive – convincing Parliament to remove poppers from legislation which made a swathe of other substances illegal in 2016.

He has become a key figure in the LGBTQ+ rights movement in the UK and internationally, determined to use the UK’s influence to remove anti-LGBTQ+ legislation globally.

With his dry sense of humour, when I am fortunate enough to catch up with him, Crispin always makes me laugh. I hope that in this interview, as well as being a formidable human rights campaigner, it is also apparent how likeable he is.

What was the first Pride event you attended and why was it special?
To the best of my memory it would have been London Pride in 2011. I believe I walked with ParliOUT representing all the staff members who work at Westminster. It was the first time as an out gay man I had the public freedom to attend a major celebration of finally being myself. The relief and joy, amounting to much euphoria this freedom has brought me can hardly be overstated.

Why do Pride events still remain so important to the LGBTQ+ community?
The community in the UK is nearing the end of an astonishingly successful half century of achievement. Whilst it’s important to work where harms remain a feature of some LGBTQ+ lives, for example about trans acceptance, bullying in schools and some faith groups apparently under the impression they can correct your sexuality with conversion therapy, Pride events can now do much more celebrating of our identity with the active support of the rest of our fellow citizens as we move beyond acceptance and tolerance. Most Britons now appreciate the unique rich picture that modern Britain possess. This owes itself to the tapestry of all our minority communities whose innate characteristics are seen as great national assets, not a breach of uniformity and a threat to the coherence of society that must be suppressed, hidden or corrected.

What is the LGBTQ+ campaigning achievement you are most proud of?
The one that gives me the most wry amusement is helping save poppers by outing myself as a user in a Commons debate in 2016, from the ravages of the Psychoactive Substances Act. But the lasting contribution is the work in hand now, to mobilise the gayest national parliament in the world and our many straight Parliamentary allies to collectively make a real impact on advancing the rights of fellow activists who are criminalised elsewhere, and improve the understanding amongst our fellow parliamentarians that this is an issue that engages our common humanity. That’s the work the Parliamentary APPG on Global LGBT+ Rights has now set itself too until 2024.

Do you think that coronavirus and lockdown may do lasting damage to the LGBTQ+ rights movement in the UK?
Every part of the voluntary sector now faces temporary pressure as we manage the practical and financial fallout of this crisis. We don’t yet know where the chips will fall but it is a threat to all minority groups and we must be alert to it.

Which LGBTQ+ rights issue concerns you the most in the UK?
Endemic bullying in schools. Children can be callously brutal in identifying difference, and our Trans community will have had the hardest road to tread; given the challenges they will have had to confront and the relative suicide statistics of young members of that community show how much work remains to be done. A trans woman is in her single sex space if it’s women’s space. The intolerance of not accepting that basic generous toleration of how people wish to live their lives is a breach of the fundamental principle we’ve now put at the centre of our approach.

Which LGBTQ+ rights issue concerns you the most globally?
Getting the law changed in the 70+ jurisdictions that criminalise us.

Can you tell us about some of the future initiatives that the Parliamentary APPG on Global LGBT+ rights is working on?
We now have enough supportive and directly engaged MPs to establish a liaison/partnership/ambassadorial role to countries where LGBTQ+ people are either criminalised and/or oppressed in practice in their daily lives. With a Parliament not due or expected to face an election until 2024, we are asking LGBTQ+ MPs and our straight allies to use the years to get to know the situation, meet, virtually or directly if possible, the local LGBTQ+ rights activists, keep the issue on the agenda of the local British High Commission or Embassy and crucially make the links to our local Parliamentary colleagues; so they can understand that sexuality is innate in humanity across the world, and so they owe the same duty of care to their LGBTQ+ constituents as anyone else.

I am in my mid-thirties and can say with certainty that this June has been the most unusual Pride Month I have ever experienced. I spent most of it writing at my desk, often in my pyjamas, but I hope that I have been able to bring some of the joy associated with Pride to GAY TIMES’ readers, as well as highlighting important issues.

Although so many of our Pride events have been cancelled, one of the reasons that progress continues to be made is because we have advocates like Crispin in Parliament. Like Peter Tatchell, who I began my Pride Interviews with, Crispin is one of my personal heroes. And now, more than ever, the LGBTQ+ community needs heroes and heroines.