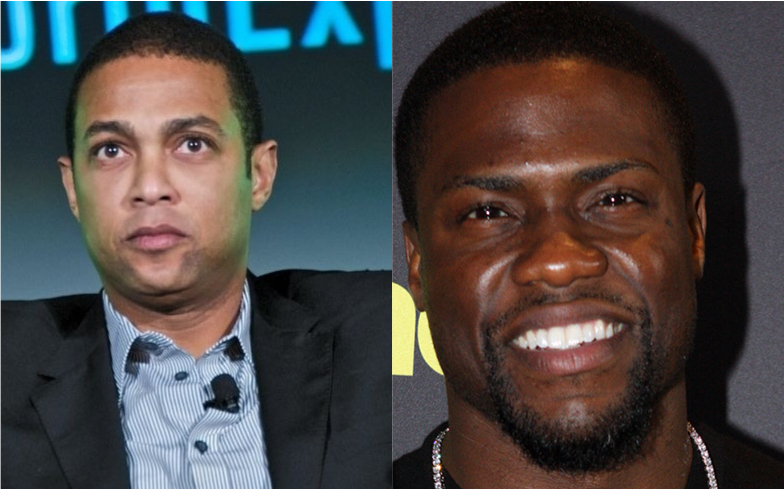 The CNN host said that Kevin Hart should prove that he’s an ally by trying to tackle homophobia.

CNN host Don Lemon has said that Kevin Hart’s apology over past homophobic tweets had fallen flat. Hart had recently appeared on The Ellen Show, where he said that he didn’t have a “homophobic bone” in his body.

“This is stuff I have addressed,” he said. “I’m not going to pay it any mind because when you feed into that stuff you only add more fuel to the fire.”

Lemon has criticised the comedian, saying that Hart had “turned himself into a victim instead of acknowledging the real victims of violent and sometimes deadly homophobia.”

He continued, saying: “Kevin, if anything, this is the time to hear other people out. To understand why they might have been offended.

“Walking away right now, that is your choice. But many of us really need to keep the conversation going. It’s life or death.”

Lemon then urged the comedian to be a better role model, saying: “Someone like Kevin Hart, with one of the biggest megaphones in the world, can be a leader, the ultimate change agent. “He can help change homophobia in the black community, something Kevin’s old Twitter jokes addressed but in the wrong way. That was a joke to Kevin, but the truth is that it’s a reality for many little boys in the United States.

“Somewhere, a black dad is beating his black son, the same way it happened to my friend, Oscar nominated director Lee Daniels, who – through his TV show Empire – portrayed how, as a little boy, his dad threw him in a trash can for wearing heels. Took him out of the house and threw him in the trash can.”

Lemon was then critical of Ellen DeGeneres for her passiveness during her interview with Hart, and her comments where she said she’d like to see the comedian host the Oscars.

“Ellen doesn’t speak for the whole community,” he said. “We need to speak up for the young black people, especially young black men and kids in the LGBT community.”

He added: “We need to talk about how people who may have messed up can become allies as well, because apologising and moving on does not make the world a better place for people who are gay or people who are transgender. Being an ally does.”

You can watch Lemon’s segment in full below.

"Apologizing and moving on does not make the world a better place for people who are gay or people who are transgender, being an ally does," says CNN's @DonLemon, reacting to the Oscars' openness to Kevin Hart's return https://t.co/ITGU3Uj2ez pic.twitter.com/4u48sfBF0U