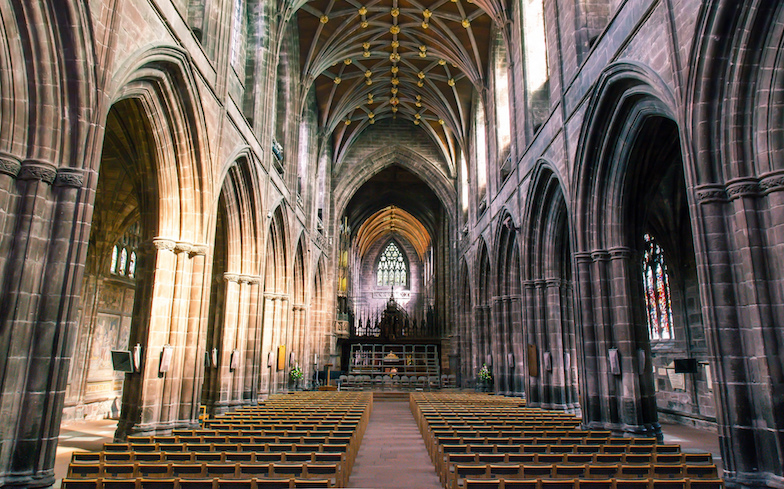 The Church of England is taking a stand against LGBT+ bullying in schools as part of their updated guidelines.

Tilted Valuing All God’s Children, the guide has been handed out to 4,700 of their schools across the country during anti-bullying week.

It is an updated version of their 2014 release to also include guidance on biphobic and transphobic forms of bullying, along with homophobia. The guide also lays out the Church of England’s vision for inclusive schools.

The booklet is packed with statistics, background information on different types of bullying, and advice on the legal framework surrounding incidents.

“Children should be able to explore their identities as they grow up,” said the Church’s Chief Education Office Nigel Genders in a Facebook post.

“For smaller children this may involve getting the dressing box out.

“For older pupils it might mean having informed conversations to grow in knowledge and respect for each other.”

LGBT+ charity Stonewall welcomed the updated guidance, as they continue their campaign to eradicate LGBT+ bullying and abuse.

Nearly half of LGBT pupils are bullied. We welcome this clear signal from @c_of_e that this must never be tolerated. https://t.co/2sTLMlkJDc

It comes months after the Church of England called on the British government to ban gay so-called ‘conversion therapy’.

During a debate among the General Synod in York back in July, two C of E members shared their own experiences of conversion therapy, and the church’s governing body concluded that the practice had “no place in the modern world”.

Conversion therapy methods range from counselling and hypnosis to more barbaric techniques such as electric shock aversion therapy, and the practice is widely discredited by the scientific community.