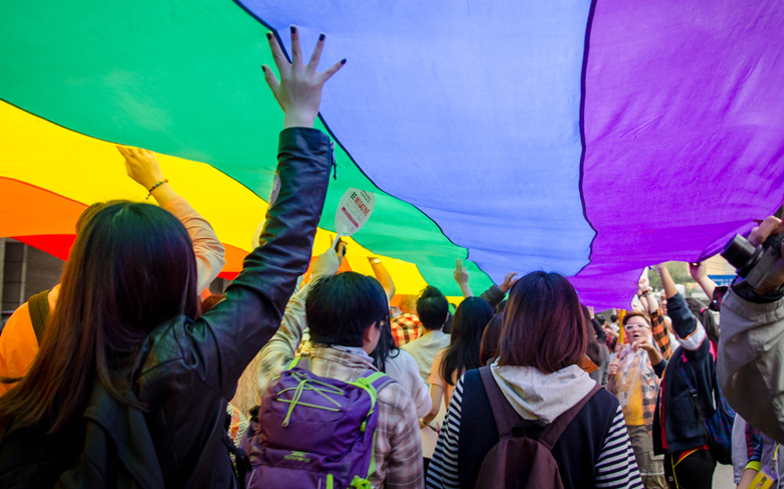 A number of LGBTQ people in China have come forward to detail their experiences of being forced to undergo ‘gay conversion therapy’.

The practice has been declared unethical and unscientific by the World Psychiatric Association, as well as extremely harmful to those subjected to it.

It is effectively illegal in China, but a new report by the Human Rights Watch has detailed 17 cases of it happening between 2009 and 2017.

It includes accounts of forced mysterious medication, electric shock therapy, as well as verbal and mental abuse. All of these instances took place in Chinese hospitals.

A 29-year-old gay man recalled being ‘treated’ at a public hospital in Fujian province three years ago, and was given pills without being told what was in them.

“They just told me they were supposed to be good for me and help with the progress of the ‘treatment’,” he said.

He was just one of 11 people who revealed that they were forced to take medication. “The doctor asked me to relax because I was going to practise some kind of hypnosis and to think about sex scenes with my boyfriend – at that moment I felt pain in both wrists. I did not know what was happening.”

Back in 2016, the World Psychiatric Association said “so-called treatments of homosexuality can create a setting in which prejudice and discrimination flourish, and they can be potentially harmful”.

Humans Right Watch reported that all of the interviewees they spoke to said they were forced into ‘conversion’ therapy.

It usually happened within days of them coming out to family and friends, who would say they felt “ashamed” of them.

In some cases, when they were forced to seek medical advice they were told by doctors that they would get Aids if they were not ‘treated’.

Zhikun recounted that she was told by her doctor: “If you do not change [your sexuality], you will get sick and die of Aids.”

Homosexuality hasn’t been illegal in China since 1997, and it was removed from an official list of mental disorders in 2001.

That being said, advocacy groups say that many LGBTQ people still opt for heterosexual relationships rather than come out to their families, with an estimated 95% China’s LGBTQ population still in the closet.

Related: China has announced plans to ban homosexuality from the internet