Cher just dragged Trump and his ‘Tom Thumb penis’, and it was glorious 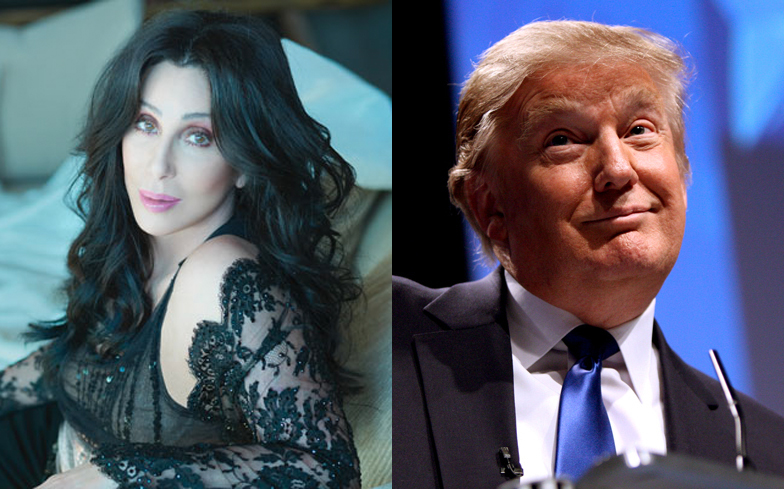 The pop music legend has never shied away from voicing her political opinions, and ever since reality TV star Donald Trump became President of the United States, she’s had plenty to say.

So when the 45th president decided to take aim at Kim Jong Un, claiming his nuclear button is “bigger and more powerful” than the North Korean ruler’s – yes, this really happened – Cher just couldn’t resist taking him down a peg.

“Trump is a nut job who is playing ‘Whose [penis] is bigger’ with another nut job from N. Korea. Trump may get us into a war,” she wrote, before adding the killer: “They’re probably both the size of Tom Thumb.”

TRUMP IS A NUT JOB
WHO IS PLAYING,“WHOSE
🍆IS BIGGER“,WITH ANOTHER NUT JOB FROM N.KOREA‼️TRUMP MAY GET US INTO A WAR,WITH HIS 12 YR OLD BOY ”NANNY,NANNY,NANNY“
TWTS‼️
THEY’RE PROBABLY BOTH THE SIZE OF
“ TOM THUMB”

It’s certainly not the first time Cher’s slayed us all on Twitter, and last year she was even nominated for an award for her social media skills – revisit some of her most iconic tweets here.

Last year, it was revealed that the Academy Award winning actress will take on the role of Donna’s mother in the highly-anticipated Mamma Mia sequel, which is due out on 20 July.

You can watch the trailer for that one here. We can’t wait!