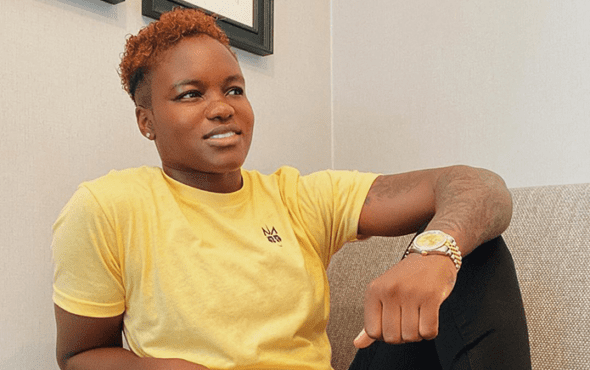 Nicola Adams will compete in Strictly Come Dancing’s first same-sex pairing when it returns next month.

Earlier this month, it was announced that Strictly Come Dancing would finally feature its first same-sex pairing, and that boxing legend Nicola Adams would be part of it.

Nicola revealed she’d asked the BBC to feature in a same-sex pairing, saying “it’s amazing to be a part of the movement for change, diversity and breaking boundaries in the entertainment industry.”

When the news broke, many news outlets were quick to report on the historic move, and wrote that Nicola identified as bisexual.

However, the double Olympic gold winning medallist has released a short Twitter video clarifying that she is lesbian rather than bisexual.

In an interview with GAY TIMES, Nicola said that homophobia had never been a barrier for her in boxing, but that she had faced issues with sexism. “The main thing in my sport was always the sexism, never the homophobia. I’ve never encountered that,” she explained.

She added that her coach initially didn’t want to train a woman, adding: “I kept on going to the gym and doing all the work and slowly I started to grow on him and now he’s one of the best trainers I’ve ever had.”

Strictly Come Dancing is set to return next month, but although none of the celebrities have taken to the dance floor, Strictly’s resident mean judge Craig Revel Horwood is already downplaying Nicola’s dance abilities.

When asked about how she’d fare by Mecca Bingo, he said: “I think Nicola Adams is going to be punching above her weight, darling.”

Sadly, Craig might be right here as boxers typically haven’t progressed far on Strictly, with Anthony Ogogo being the second elimination on his series, and while both Joe Calzaghe and Audley Harrison progressed farther, they were both pretty bad dancers.

However, he added that it was “cool” that the series was now introducing a same-sex pairing, something he has publicly been backing for years now.

Due to the coronavirus pandemic, this year’s Strictly Come Dancing will be shorter than normal, and only features 12 celebrities, we’ve written about this year’s line-up here.

But before the series kicks off, Strictly fans are going to be treated to The Best Of…, a series of specials highlighting iconic moments from the show’s Movies, Musicals and Blackpool weeks. Expect plenty of legendary performances, and a smattering of Ed Balls descending to the Tower Ballroom playing a flaming piano.