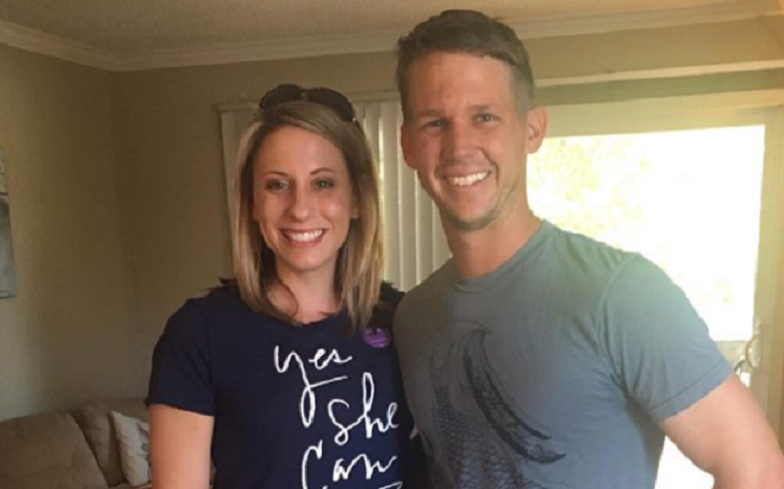 Steve Knight’s seat in the House of Representatives could be under threat.

Katie Hill, a bisexual Democrat, could be the person to unseat anti-LGBTQ lawmaker Steve Knight in the U.S. mid-term election later this year.

During his time in office, Knight has attempted to pass a law that permitted anti-LGBTQ discrimination by attaching it to a defence spending bill, and voted against California’s ban on gay ‘cure’ therapy.

When Knight attempted to permit anti-LGBTQ discrimination, he was accused of “catering to right wing extremists who would turn back the clock on equality.”

Although Knight won the 2014 and 2016 elections, he’s only on a three per cent margin, meaning that Hill, who secured the Democrat nomination earlier this week, could potentially defeat him.

Hill has received the backing of LGBTQ Victory Fund, which supports out politicians in their campaigns to gain office. The organisation’s President and CEO, Annise Parker said: “Katie’s victory sets up a general election battle between her positive, solutions-oriented vision for the district and the politics of hate and destruction her opponent thrives on.

“Steve Knight and his family made careers out of attacking LGBTQ people and working to rollback equal rights. Now, voters have an opportunity to defeat him with an openly bisexual woman who has pledged to represent all her constituents.

“Katie will make history in becoming the first openly LGBTQ Congresswoman from California if elected in November, but more importantly, she will head to Capitol Hill determined to reduce the divisiveness and produce actual results for all Americans.”

If Hill is elected in November, she will continue a string of victories for LGBTQ people in politics in America. Last year, Palm Springs became the first council in America where every representative identified as LGBTQ.

Christy Holstege, who identifies as bisexual, and Lisa Middleton, a transgender woman, both won a place on the council. They joined Geoff Kors, J.R. Roberts and Mayor Robert Moon, who all identify as gay men.