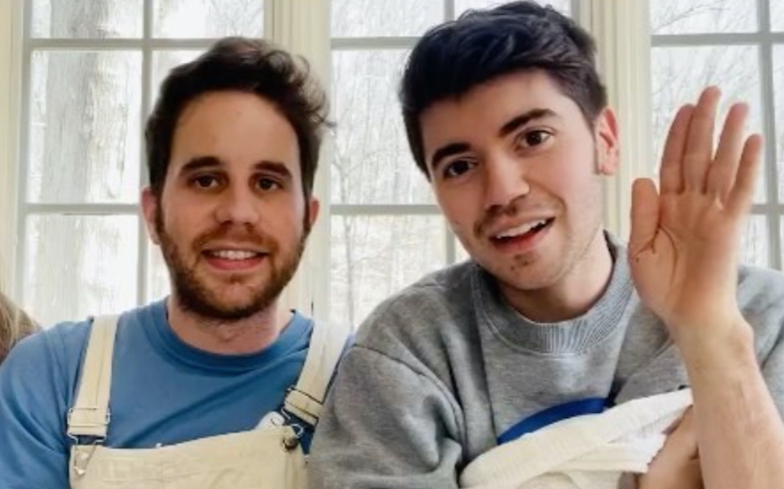 Noah Galvin is in a “relatively new” relationship with his Dear Evan Hansen predecessor, Ben Platt.

During an interview for the Little Known Facts podcast with Ilana Levine, the American actor confirmed their relationship, saying: “Ben and I are dating. I asked him this morning, I was like, ‘Are we allowed to talk about this?’

“And he’s like, ‘Don’t go into our nitty gritty, but yeah, people can know.’ It’s still relatively new.”

Platt and Galvin are now the second couple from Dear Evan Hansen after Taylor Trensch and Ben Levi Ross, who have been dating since December 2017. “I know it’s so incestuous. But it makes sense sense,” joked Galvin.

“Like, we all went through the war together. We all feel very connected.”

The couple were rumoured to be in a relationship after making several appearances on each other’s social media accounts. They reportedly spent the first few weeks together in Upstate New York with their friend Kathryn Gallagher.

The Booksmart star said Platt spent over a month in lockdown working on his birthday gift.

He revealed: “Ben very sweetly for the past three months, has been putting together this video for me. It’s all my favourite drag queens from RuPaul’s Drag Race and all of my friends in drag, wishing me a happy birthday.”

Platt – who currently plays the lead in Ryan Murphy’s critically-acclaimed Netflix series, The Politician – opened up about his sexuality for the first time last year in an interview with People Magazine.

“If I was going to write about people I loved, I wasn’t going to pretend they weren’t men just because I hadn’t talked about that before. I’ve been out since I was 12 years old to my family and anyone in my life,” he shared.

“I’ve never sort of hidden that or been ashamed by it. It’s just part of me.”