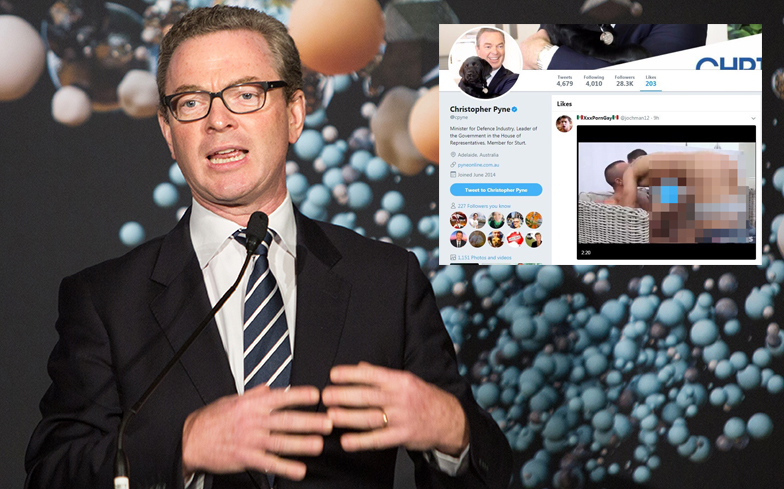 It was pointed out by other Twitter users that the account of Christopher Pyne, the Minister for Defence Industry, had ‘liked’ a hardcore video from gay adult movie studio Cocky Boys at around 2am on Thursday morning.

The ‘like’ has since been removed, and Pyne took to social media to blame hackers for the blunder.

“I was hacked overnight!” he wrote. “I was [sleeping] at 2am. Someone tried to hack my social media yesterday. Maybe they are making mischief over the plebiscite?”

I was hacked overnight! I was 😴 at 2am. Someone tried to hack my social media yesterday. Maybe they are making mischief over the plebiscite?

Others raised concerns over the fact that the Minister for Defence Industry, a high-profile figure in government, could be hacked in the first place.

It’s quite serious if the accounts of the Minister for Defence Industry have been compromised. You should request that the AFP and other relevant authorities investigate.