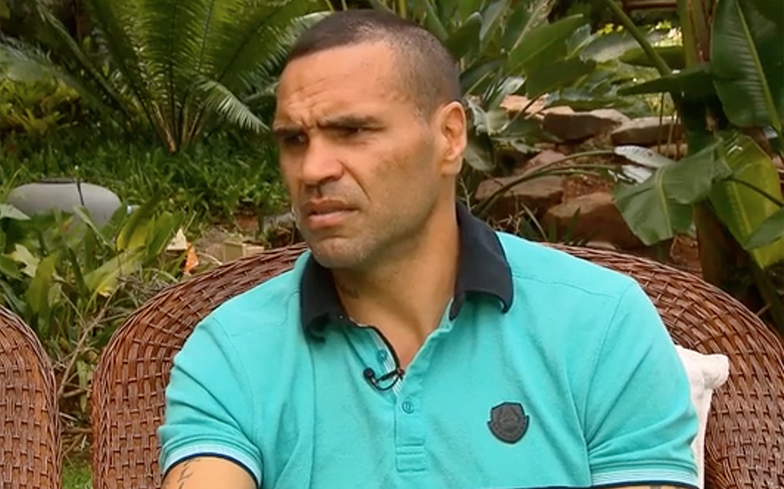 The boxer made headlines after expressing a range of horrific views in regards to homosexuality.

Just before Anthony Mundine entered the Australian version of I’m a Celebrity… Get Me Out Of Here, he told The Daily Telegraph that he thought that gay people were “confusing” to society.

“I was always taught that two genders together is natural; it’s what’s meant to be. Male and male, or female and female, is just confusing to society.”

He also said that he told his gay friends that “god will judge you, not me.”

Following his exit from the jungle, Mundine then went on a vile, homophobic rant, during an interview with News Corp, saying: “If we were to live in a society, just like in Aboriginal culture, that homosexuality is forbidden and you do it and the consequences are capital punishment or death, you think you are going to do it? Or think twice about doing it?”

He then went on to effectively say that gay rights and rights for pedophiles were one of the same, saying: “Because they are pushing these gay rights so much in the Western world, the pedophiles out there want their rights.”

And now, the former boxer has offered a half-hearted rebuke for his comments. In a video published by the Mail, Mundine claims that his comments had been “twisted”, insisting that his remarks were aimed at pedophiles.

“They [the media] turned it around… I was talking about the pedophiles.”

Well, considering how out of all of the previous comments Mundine has made against homosexuality, only one of them mentioned pedophilia, forgive us if we don’t entirely believe him on this one.