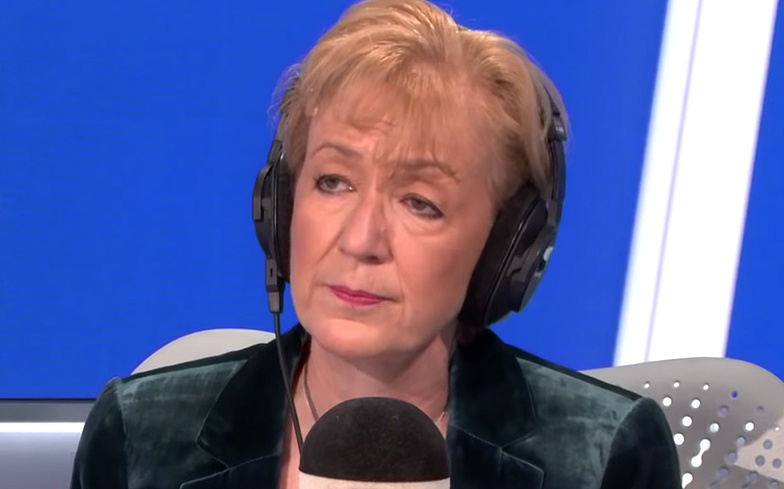 Andrea Leadsom is facing backlash over comments on LGBTQ education in schools.

During an interview with LBC on Wednesday 20 March, the leader of the House of Commons weighed in on the debate over whether parents should be allowed to remove their children from LGBTQ-inclusive lessons.

“It’s absolutely vital that children do grow up understanding the society they live in and that they grow up tolerant and seeking equality and respecting differences,” she said.

“So I think that it’s right that the government should have passed legislation that requires that relationships and sex education is taught in schools.

“But at the same time, I also agree that it’s right that parents should be able to choose the moment at which their children become exposed to that information, and there are steps taken to enable parents to withdraw their children from classes up until a certain age.”

Andrea went on to say she would be “entirely happy” for her children to learn about LGBTQ classmates, and said it was “absolutely normal” that one of her children’s friends had two mothers.

“I think it’s really important that we accept equality in every area, whilst at the same time respecting that parents may have concerns about how young their children are when they become aware of these things,” she continued.

Layla Moran, the Liberal Democrat education spokeswoman, took to Twitter to call on Andrea to apologise for her “offensive” comments suggesting that LGBTQ issues are something to be ‘exposed’ to.

“Leadsom should apologise for her comments this morning – they came across as deeply offensive,” she wrote.

“Our children are not being ‘exposed to that information’ they are simply getting a proper education that teaches tolerance.”

Leadsom should apologise for her comments this morning – they came across as deeply offensive.

Our children are not being “exposed to that information” they are simply getting a proper Education that teaches tolerance. https://t.co/WwA2xULEIF