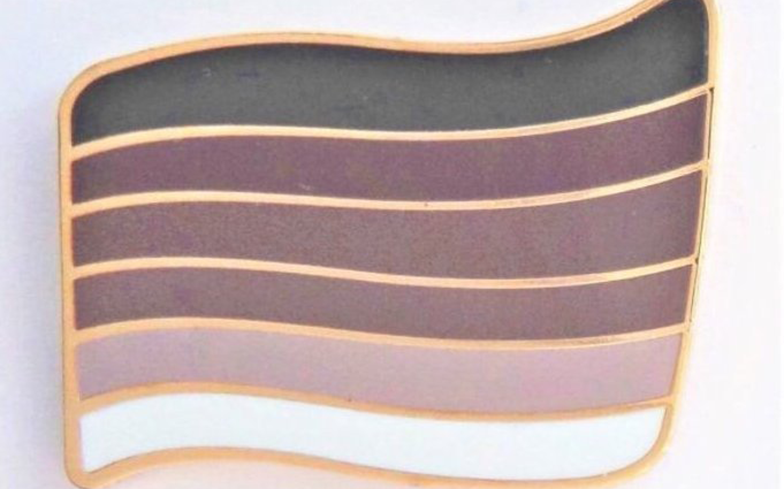 “In no way were either badge produced as an anti-LGBT item and we take offence with that suggestion.”

Amazon have banned all stock of their ‘Straight Pride’ badges after the product caused outrage for being anti-LGBTQ.

The ‘Straight Heterosexual Pride Wavy Gold Plated Flag Pin Badge’ – courtesy of 1000 Flags – was priced at £4.50/$8. The product was widely mocked for it’s boring “eye shadow palette” design, and only received four reviews on Amazon, three of which were negative.

People were quick to slate the badge on Twitter, and some of their responses are hilarious.

“A straight pride flag should be completely white like a flag of surrender because if you’re wearing one, you’ve given up on sense,” said Twitter user @itsonlyzach.

@PlopGazette said: “The irony of the straight pride flag is that its wearers have never kissed a girl.”

Take a look at the best reactions below:

Love that sour heterosexuals managed to come up with the most sinfully boring "straight pride" flag imaginable.

The irony of the straight pride flag is that its wearers have never kissed a girl.

Wait. People are selling this thing as a straight pride flag?

A straight pride flag should be completely white like a flag of surrender because if you're wearing one, you've given up on sense. pic.twitter.com/8h6K97WFXW

So apparently this is a Straight Pride Flag… I know.. Boring to match your real life because NO ONE DISCRIMINATES AGAINST YOU pic.twitter.com/t85u1dycp7

The point of “straight pride” is really to make fun of queer people.

Fortunately, this thing is as hideous and bland as the folks who would buy it. https://t.co/NOpovDe04t

The only way I'd buy this Straight Pride flag is if it was an eyeshadow palette. pic.twitter.com/F6j5HDeAFK

The “straight pride” flag is so hilariously beige I’d say it’s a meta commentary on the unoriginal staidness of heterosexuality, if I believed any straight person could understand that ????????‍♂️

Why does the straight pride flag look like a Sephora "eyeshadow for beginners" sampler?

Mark Horler, a director at 1000 Flags, told Newsweek: “We were asked for a pink triangle badge numerous times by our LGBT customers and they continue to purchase these alongside our extensive range of LGBT Pin Badges.

“In no way were either badge produced as an anti-LGBT item and we take offence with that suggestion. These are not hate symbols. Our extensive range of LGBT flags, Pin Badges and Embroidered patches has helped spread LGBT pride across the world.”