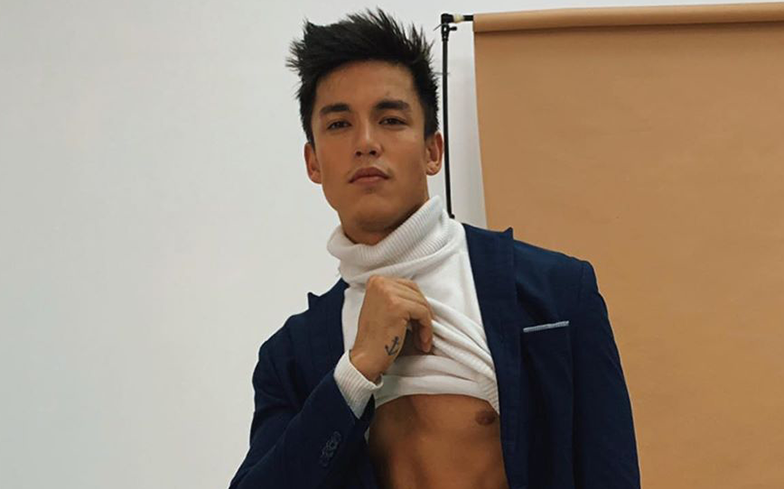 “I will seek help, heal and champion change, acceptance and representation for the bisexual community and/or anyone who is met with prejudice in our society.”

Alex Diaz has come out as bisexual, days after he was accused of making an “indecent proposal” to a fitness coach.

According to ABC-CBN News, the Filipino-Scottish actor sent explicit messages to Miguel Chanco over Instagram, who later posted their exchange on Facebook. It was taken down after Chanco was shamed by his followers for publicly outing Diaz.

“I ask forgiveness from my management, the brands, supporters, friends, my family and everyone else I let down by what I did and/or who I am,” he wrote. “I was wrong in my actions and failed to uphold the values I so strongly try to convey online.

“It was not my intention to hurt anyone or elude the truth of who I am for all these years but rather a showbiz decisions based on the state of our nation in regards to acceptance and representation of who I am.”

Diaz said he will no longer be “shackled by the fear of what might be said who I am for losing my career and instead, I will seek help, heal and champion change, acceptance and representation for the bisexual community”.

“I see now that my actions are not caused by but rather the effect of the unhealthy and toxic suppression of all of who I am as a human being,” he continued. “My passion is performing, making people happy & making people smile.

“My only hope is that I can continue to use this platform to do such in whatever new path this universe-given experience has opened up for me. For now, I will rest, reevaluate and come back stronger and better than ever.”

Diaz told his followers that he will release a full statement “when the time is right”.