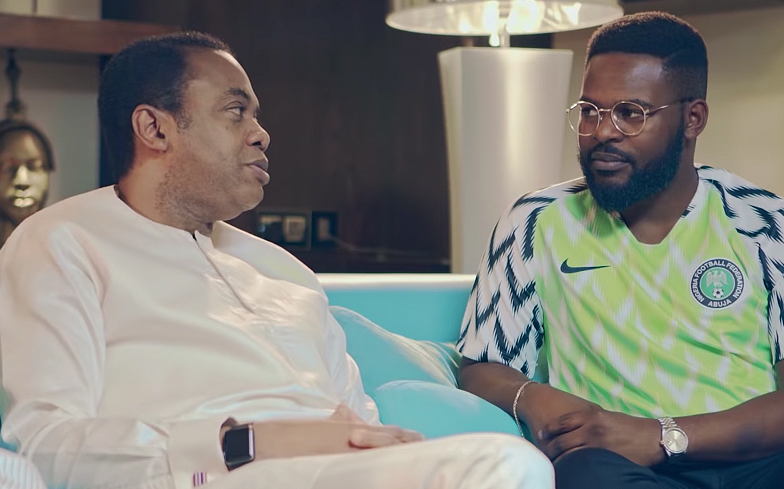 As campaigns rumble on for next year’s federal elections in Nigeria, one presidential hopeful has promised to legalise homosexuality in the country.

Same-sex sexual activity is currently illegal in the African nation for both men and women, with punishments ranging from 14-year-long prison sentences in some regions, to death by stoning in areas governed by Shari’a law.

However, speaking on YouTube talk show On The Couch, presidential candidate Donald Duke declared that he would change the law to protect Nigeria’s LGBTQ citizens if he got into office.

“But I would not criminalise them. I would ensure that they have the protection of the law.”

That being said, Duke asserted that he would not allow same-sex couples to show public displays of affection, and that they should keep their sexual identity hidden.

“But if they want to exhibit their sexuality, then that’s an affront on the current norms of society,” he added.

“I can have a gay person in my cabinet, his sexuality is private to him. I don’t want to know if he’s gay, it’s not my business. My business is if he can perform the assignment that he’s been assigned.”

Co-host Falz asked what Duke meant by “exhibit their sexuality” and the presidential hopeful recalled seeing two men kissing in public at an airport in New York City.

“Keep it in your house,” he remarked, before the second co-host Laila challenged him on whether heterosexual couples would be allowed to kiss in public.

“Yes, the society accepts that as a norm,” he said.

The co-hosts naturally queried why he felt like that as surely that means his views towards homosexuality are discriminatory, despite him championing the legalisation of same-sex relations in Nigeria.

“The day you try and kiss me, I will slap you. So don’t even try it,” Duke told the male co-host, Falz.

The citizens of Nigeria will go to the pools for the presidential election in February 2019.