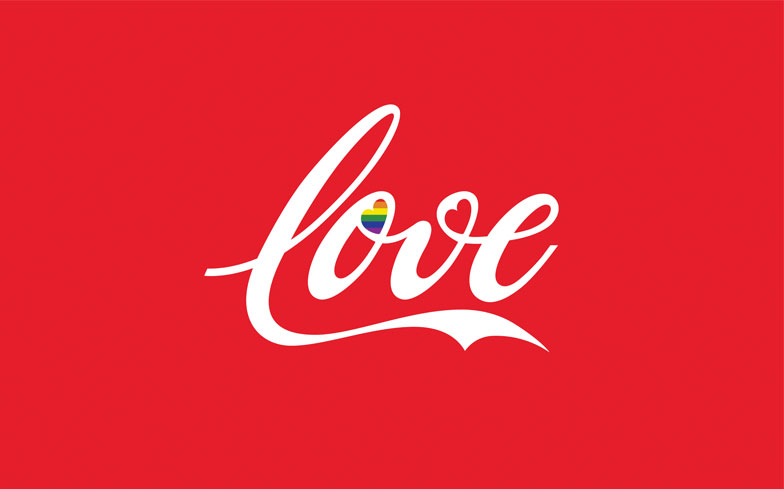 This year’s GAY TIMES Honours 500 will be proudly powered by Coca-Cola.

The Coca-Cola Company is one of the world’s most inclusive organisations, committing to celebrating diversity, inclusion and equality not only in their iconic advertising campaigns – like this one – but also in its daily operations.

Coca-Cola will be one of the main partners for GAY TIMES Honours 500 when it takes place at Magazine London on 21 November.

“We’re thrilled to team up with GAY TIMES for this year’s Honours and recognise the inspiring people who have really made a difference within the LGBTQ+ community,” said Rosalind Brown, Portfolio Marketing Director at Coca-Cola Great Britain.

“Supporting and championing diversity and equality has always been at the heart of Coca-Cola and we’re looking forward to being part of this special celebration.”

As a global company, Coca-Cola strives for diversity, inclusion and equality and has been a long-standing supporter of opposing policies that discriminate against the LGBTQ community.

From scoring 100% on the Human Rights Campaign’s Corporate Equality Index every year since 2006 to being one of the first companies in the United States to publicly support the fight for equal marriage, Coca-Cola champions equal rights.

This year, in Great Britain, Coca-Cola has continued its work to support the community, partnering with the Stonewall charity and becoming the official sponsor of Manchester Pride and Brighton Pride.

This year’s GAY TIMES Honours 500 will be hosted by actor and comedian Benito Skinner, aka Benny Drama.

We also have the world’s biggest drag pop star Pabllo Vittar flying in from Sao Paulo to give a show-stopping performance.

What’s more, we will have world-renowned talent Honey Dijon host a very special DJ set into the early hours.

We have plenty more performers and surprise hosts to announce in the coming weeks, so keep an eye on our socials.

The event will celebrate the trailblazers in our community who have had a profound impact on the lives of LGBTQ people.