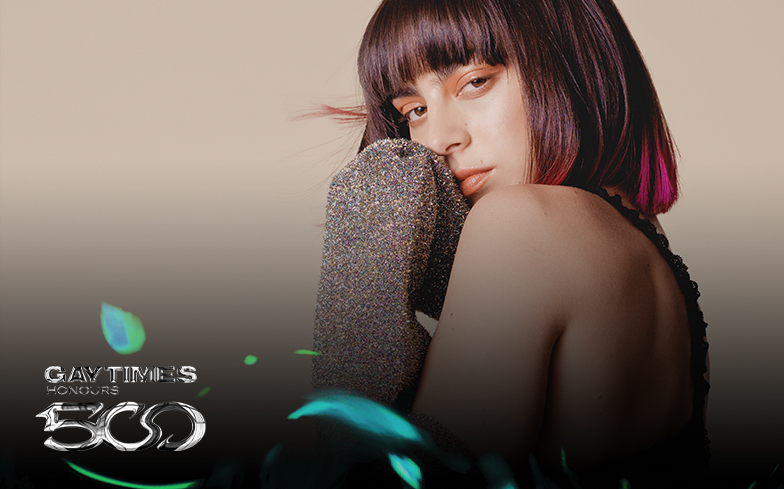 Charli XCX has been recognised with the GAY TIMES Honour for Allyship in Music.

On Thursday (21 November) night, the pop superstar and longtime LGBTQ supporter appeared via video message at the GAY TIMES Honours 500 ceremony, which honours queer people and their allies who have had a profound impact on the community over the last 12 months.

“I am honoured to receive this award for Allyship in Music, thank you so much, it means so much to me. The LGBTQ community has been such a huge part of my career, it’s a community that’s constantly inspired me, constantly lifted me up, made me feel safe and made me feel like I can be myself,” Charli said when receiving the Honour.

“I owe this community so much, I’m so grateful to be able to collaborate with so many incredible artists and people from this community. I really wouldn’t be here without the LGBTQ community, so this award means a lot. Thank you for continuing to inspire me every single day.”

It’s hard to think of an artist who has used their platform to amplify queer voices quite like Charli XCX. With her last three releases, Number 1 Angel, Pop 2 and Charli, the British singer-songwriter has collaborated with an unprecedented number of queer talent such as Troye Sivan, Kim Petras, Big Freedia, Christine and the Queens, Brooke Candy and Pabllo Vittar – cementing her status as an ally.

Due to the aforementioned collaborations and her knack for crafting futuristic pop beats, Charli has been hailed as the “future of pop” by the community who appear in droves to her concerts, which are often deemed ‘safe spaces’ for them to be their authentic selves.

On social media, you’ll often see Charli at meet and greets with her fans, where she’ll unashamedly sign their bottles of poppers and proclaim “gay rights!” on future viral videos. “I feel like I wouldn’t be here without the LGBTQ community. They are such a core part of my fanbase and have stuck with me through the highs and lows, through times where no one cared, they were there still cheering me on,” says Charli.