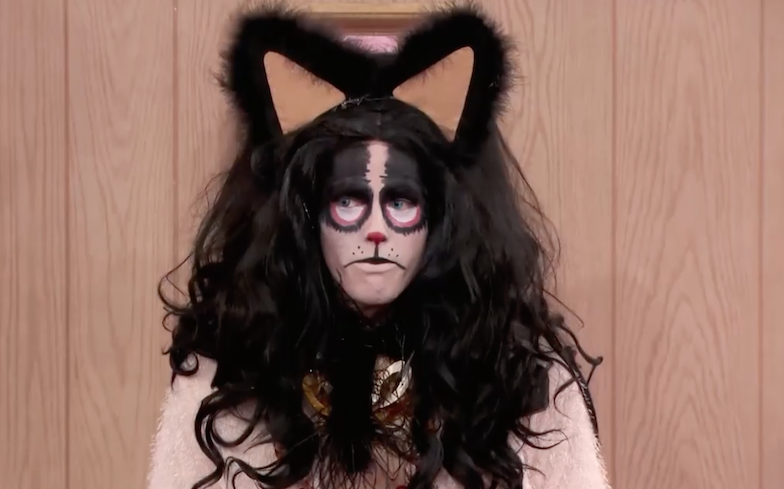 We’re not kitten around.

If you’re still upset over Jan’s elimination on last week’s Drag Race, then the preview for episode nine will purrrrk you right up.

They pay homage to pawsome icons such as Grumpy Cat, Eartha Kitt and Andrew Lloyd Webber. If you were a dog person before this… then you’ll probably still be a dog person after.

Watch the hilarious preview here or below.

For this week’s maxi-challenge, the contestants will vie for the title of America’s First Drag Queen President as they argue in a presidential debate, with special guest stars Rachel Bloom (Crazy Ex-Girlfriend) and Jeff Goldblum (Jurassic Purrk).

Oh, and last thing: if you hated the cat puns in this article, please do send us hate, because we hated them too.