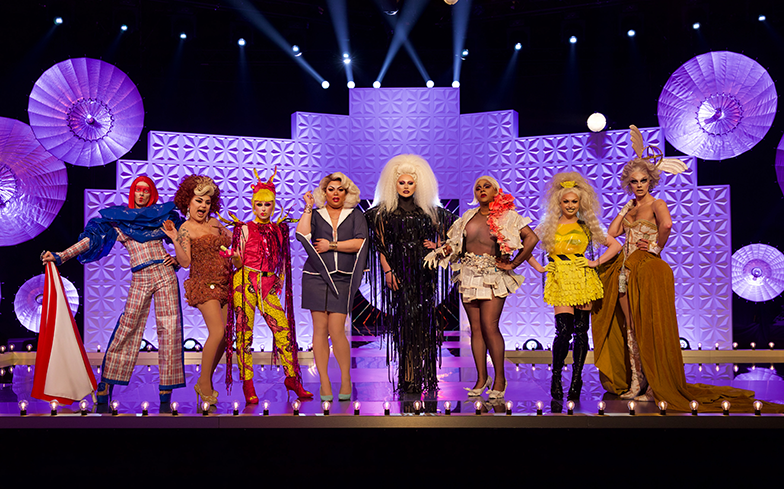 Gentlemen, start your engines because BBC Three have announced a brand new show that will follow the cast of RuPaul’s Drag Race UK.

The queens from the first series of the British version of the show will all feature as cameras capture the behind-the-scenes drama that ensued during their first tour together last year.

God Shave The Queens will be available to stream on iPlayer and will also star Drag Race legend Alyssa Edwards, who was on hosting duties for the tour.

“I’m so delighted to send my first court of British queens out to the four corners of the realm – spreading their message of light, love and laughter, and sharing their sweet sensitive souls with the people,” RuPaul said in a statement.

Fiona Campbell, Controller of BBC Three added: “This series is a peek under the wigs to see what happens after the Drag Race curtain comes down. Our British Queens have gone down in RuPaul ‘herstory’ and this series is a reminder of why we loved them so much in series 1 and shows us what it takes to be at the top of the game.”

Filming for God Shave The Queens started days after The Vivienne was crowned, and the subsequent tour saw them visit six cities in the UK, including London, Birmingham, Newcastle and Manchester.

A synopsis for the show adds: “We meet some of their closest celebrity friends, partners and get to join them for a big night out. God Shave the Queens allows Drag Race fans to see their favourite queens in a whole new light.”

RuPaul’s Drag Race UK was a hit for the BBC when it premiered last year, amassing millions of streams on iPlayer and securing huge celebrity guests judges like Andrew Garfield, Jade Thirlwall from Little Mix and Cheryl.

A second series started filming earlier this year but was halted due to the ongoing COVID-19 pandemic. It’s currently expected the new season will debut sometime in 2021.

God Shave The Queens will consist of eight episodes and will premiere early next month.

Related: Here’s where every Drag Race champion stands on that much-rumoured winners’ season