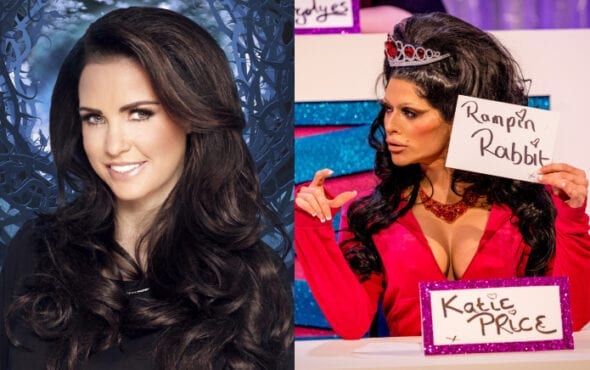 Give queen Bimini Bon Boulash an Oscar and BAFTA ASAP!

Bimini Bon Boulash hilariously stole the show as Katie Price on last night’s episode of Drag Race UK, and a little birdy has said the TV personality couldn’t get enough.

A source told the Metro: “Katie is delighted to be an inspiration to Bimini’s impersonation of her and wishes her all the best.”

Katie Price wasn’t the only viewer that enjoyed the hilarious impersonation.

Fans of the franchise couldn’t get enough of Bimini, taking to Twitter to praise the fierce queen.

Bimini was the best thing about Snatch Game I HOWLED at her Katie Price#DragRaceUk pic.twitter.com/4gMez0IZPM

Bimini as Katie Price just might have been the funniest thing I’ve ever seen #DragRaceUK pic.twitter.com/x0Jx0vZ5fn

Miss Bimini also took to Twitter after the airing of the episode to express their love for the TV personality, stating: “I also ADORE AND LOVE [Katie Price] and I always have. She’s an absolute icon and I hope I did her proud.”

I also ADORE AND LOVE @KatiePrice and I always have. She’s an absolute icon and I hope I did her proud 💓

On top of winning the Snatch Game, Bimini Bon Boulash is showcasing her skills as a lip-sync assassin with the release of her collaboration with Ava Max.

The British queen has filmed a performance for euphoric pop anthem My Head & My Heart, which you can watch here first on GAY TIMES.

Bimini dons a handful of sickening looks that will leave you well and truly gagged while lip-syncing the house down at the infamous Heaven nightclub in London.