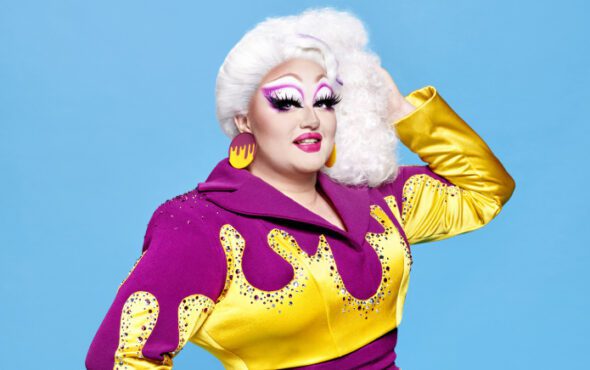 Some history is about to be made in the workroom…

Drag Race UK has announced the 12 queens who will compete for the title of the UK’s Next Drag Superstar later this year, and among them is the franchise’s first ever cis-gender female contestant.

Victoria Scone hails from Cardiff and will appear on the new series when it airs on BBC Three and WOW Presents Plus in September.

“I am not the first and I certainly won’t be the last,” Victoria said of her history-making casting in the new season. “But I feel very capable and proud to have made it through the application process and be the first on Drag Race UK. Me being here is political, but you can just have fun with it.”

The queen also added that prefers to label herself as a “drag queen, drag artist and extraordinaire” over the term AFAB (Assigned Female at Birth).

“I wanted to do Drag Race to prove that I can win it,” she continued. “I’m not a fragile, little flower darling. I can have them all for supper!”

The third season of Drag Race UK comes hot on the heels of the second, which wrapped up back in March.

The previous two seasons of Drag Race UK have been streamed over 35 million times on BBC iPlayer.

“It’s been a huge hit for us and we love it as much as you do so we’re delighted that we can continue our relationship with World of Wonder and can bring even more Drag Race to BBC Three,” Fiona Campbell, BBC Three Controller, has said previously.

Meet all 12 of the queens competing in the third season of Drag Race UK here.