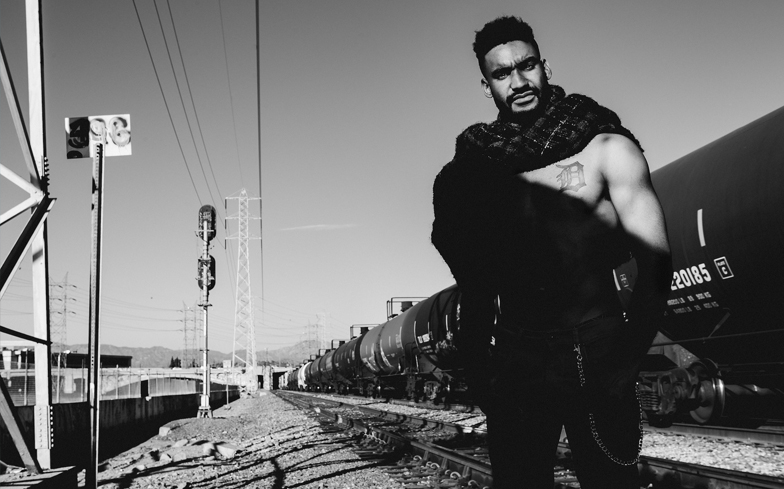 Not only has Zeke Thomas delivered a new squiggly pop anthem for the weekend, it’s one of his most personal tracks to date.

The openly gay Open Format DJ and producer has teamed up with Le Art for new song Love Me Sober, which he’s released to coincide with Sexual Assault Awareness Month.

Last year, Zeke bravely spoke openly for the first time about being sexually assaulted by a man he met on Grindr.

After agreeing to meet the guy for drink at a bar in a neighbourhood he was familiar with, Zeke says he remembers very little about the end of the night.

Since sharing his story with the world last April – and raising awareness of male rape within the gay community – Zeke has earned himself a nomination at the 2018 GLAAD Media Awards in the Outstanding TV Journalism Segment.

Love Me Sober marks the first time the musician has spoken about the recovery process through his music.

“It’s a song and message about finding true love after surviving trauma,” Zeke explained. “My trauma stems from my sexual assault and rape experiences.

“The hard-hitting beat gives you an insight into the mind of a man seeking the support and authentic acceptance of his lover and someone to see him as more than just a survivor. I too, hope to find mine soon.”

As the son of NBA Hall of Fame player Isiah Thomas, the DJ and producer has built up a reputation for big house anthems on the club scene.

Having performed for numerous celebrities, from Lady Gaga and Cher, to Jay Z and Diana Ross, Zeke has gained quite the impressive following.

He’s been an official NBA All-Star DJ, and has performed on major US shows like Good Morning America and Fuse.