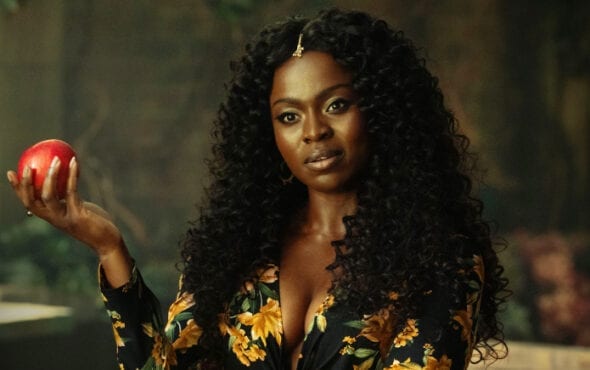 Yetide Badaki has credited American Gods with helping her come out as bisexual.

In an interview with Digital Spy, the Nigerian-born American actress – who plays Bilquis in the critically-acclaimed fantasy drama – praised the show for igniting conversations about sexuality with its diverse slate of characters.

“We have these characters, like Salim, and the discussions happening there with that. We have the wonderful Devery Jacobs. I’m so excited, this season, for everybody to meet Dominique Jackson as the goddess that she is,” she explained.

Since its 2017 debut, the series has introduced a wide variety of LGBTQ+ characters such as Sam Black Crow (Jacobs), Salim (Omid Abtahi) and The Jinn (Mousa Kraish).

Badaki continued: “I feel like this show is always willing to have these conversations, and always willing to open it up. I’ve experienced personally how that kind of open discourse allows for personal freedom.”

Thanks to the show and “the discussions they’re having,” the star came out as bisexual last year.

“I always say that regression comes from repression. When you’re actually able to face whatever it is, that’s when growth and evolution can occur,” added Badaki. “So that’s been something that I’m very proud to be a part of.”

American Gods follows Shadow Moon (Ricky Whittle), an ex-convict who finds himself embroiled in a conflict between the Old Gods and New Gods as he protects Mr. Wednesday (Ian McShane), a con artist who happens to be the god Odin.

The first three episodes of American Gods season three are now available to stream on Amazon Prime – watch the trailer here or below.